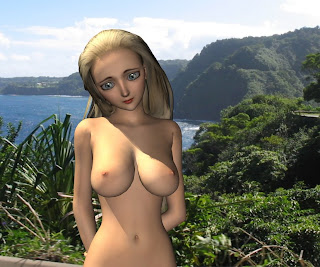 My Blog is not dead.

Keeping up with your blog writing can be a chore. Especially since you have been working with Daz Studio as of late. Daz|Studio is a free program from DAZ 3D, which you can use to create your own 3D content and be your own artist in a strong manner. Not only does DAZ 3D produce Daz Studio, but they are one of the best places to get Poser content.

Besides Daz|Studio, DAZ 3D produces Carrara, which is in its seventh incarnation. Bryce, Hexagon, Mimic, and other products. So, what can I do with Daz|Studio? Almost anything I want (one reason why I am strongly considering Carrara).

So, I am producing content for my own comics. One of these comics is a series I'm calling, "Shaper." It's a manga series staring Aiko 4, Hiro 3, Hiro 4, Victoria 4, Michael 4, and Apollo Maximus. Three of these are located on the people category.

The Aiko figure plays most of the women in the comic.
Hiro 3/Hiro 4 plays some of the men.
Victoria 4 plays the women of authority. Teachers of that sort.
Michael 4 and Apollo Maximus get the other men parts.
Maybe and Deco will be playing special parts.

Using these figures I can generate some good comics using Photoshop and Comic Life. Updates about my comic will be made on this blog. Including the premise. I currently have an account on Web Comics Nation to show the comic. I just need more actors (Hiro 4 and Apollo Maximus), Wardrobe, and Sets. This will be cool!


How do I get into Daz|Studio?

Rule number 1: Don't buy Poser! Although most people use Poser, and most 3d Merchants on Renderosity, RNDA, and other places support Poser, DAZ Studio is a free product that is easy to use for the 3D content beginner. I also recommend buying Photoshop, since that program is very powerful to use and you can use it in so many creative ways.
And remember to click on the link below to find out how to get Daz Studio for free!

Also, if you are in need of an actor for your scenes be sure to check out Apollo Maximus. Click both links below.


That should be it, and:

Posted by Elton at Wednesday, December 31, 2008 No comments: Links to this post

Posted by Elton at Tuesday, December 30, 2008 No comments: Links to this post