Posted by Elton at Saturday, June 23, 2012 No comments: Links to this post

look at what I did to a photo of graceland. 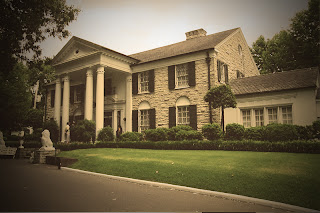 I know it has been a while since I kept this blog up.

The problem is that I'm embroiled in personal dramas that has kept me from up keeping this blog.  As of now though:


And there are other stuff that is happening.  Sorry to not to keep you in light of what is happening.  I don't think my Portfolio will include a link to this personal blog until I can get it back on track.  :)  I think the day I can actually work for a living will be a great day indeed (and actually get paid for it). My players wanted me to run them through Shadowruns.  So, guess what?  I spent the last week crashing through the books.

Anyway, for those that don't know . . . yes, Robin, I'm including you . . . Shadowrun is what happens when you cross Dungeons & Dragons with the Cyberpunk genre including the movies Blade Runner and Minority Report.

So, you get elves, dwarves, orcs, and trolls running around in a Technopic-dystopia!  Not only that, but add dragons, morrows, cockatrices, harpies, vampire bats, barghests, shape shifters, vampires, and loupe garou.

Bringing you up to Speed


Okay, in 1989, hackers and matrix cowboys surfed the interwebs when the Internet was represented by America OnLine, Compuserve, and you used a plain modem to get online.  These cowboys, instead of using a computer with a modem, use a Cyberdeck -- an item the size of a MacBook with datajack you plug into your head; or electrodes you put on your head.

Well, in the last twenty years we have Cable Internet, Wide Fidelity Radio LANS, iPods, iMacs, and iPhones.  Especially since the iPhone and it's Android competitors can connect to the Internet via wireless radio.  As long as you are receiving (dubiously) safe Radio waves from cellphone towers and are not out of their maximum range.

The number of race selections now include a number of Infected and something called Changelings.  No, these aren't Eberron Changelings or Changelings from Changeling: the Lost.  Nope.  Here's what a Changeling in Shadowrun looks like -- and this is the 3rd degree Changeling.

Thorin Anthro by *Tacimur on deviantART

Wow, what does this look like to you?  Yep, a furry.  What happened when Halley's Comet arrived, the Earth reacted magically and magic once again erupted across the world.  Now you have furries, gnomes, satyrs, Minotaurs, blah, blah, blah in the world.  The Sixth World got even stranger.

Nope, no change there.  Oh yeah, you can play a mage in Shadowrun.  But I'm sure you knew that.  Oh, yeah, you can relate magic to the physical world now.  So you can enchant Cyberware.  Yes.


Back in the 1990s, Shadowtech introduced Bioware as a form of Augmentation.  Instead of stealing essence, you gained a Body count that can't go over your Essence so it didn't affect your magic.

Now it's 20 years later, and they decided that it still impacts your essence (never you mind it's ALIVE!).  Still, instead of getting just new organs, you can get Body Sculpting!  And yes, people in the Gameworld has both sexes!

Still, instead of getting an implanted cyberdeck (cranial cyberdeck) you can have a Commlink implanted into your body.  But that's not even the weirdest part of living in 2071 in the Sixth World. What if you didn't need a computer, or heck even a Commlink to jack in and ride the matrix wirelessly?  What if your brain was capable of receiving Radio Waves and sending Radio Waves?  In fact, why not just connect to the computer network using only your nervous system?  That is what Technomancers can do.  They can jack in to the matrix with their Cerebri.

They aren't Techno-Wizards from Rifts, these guys can just see and read the matrix without a commlink.  No invasive cyberware or Augmented Reality needed.  How would you like that?  Well, now you are completely unwired and you can hack into the Internet.

How does that make you feel?


There is hardly any major changes to the Rule System I'm used too, except that the regular way of creating a character for the sixth World is that you buy it with Build Points.  Yep, Priorities are long gone.

Okay.  So you are playing D&D.  Your intrepid Gamemaster is improvising the story as you go along (which, anyone knows, is improv).  Orcs are nasty barbarians.  Trolls are regenerating suck uglies that can throw you across the room, elves treat you like dirt, and Dwarves mine and that kind of stuff.

what do you get in Shadowrun?  Well there is one rule you need to remember.  Those stereotypes don't exist. Doesn't he look like he can chop you to bits?  But hey, that's nothing.  It's worse when an ork can out face you.  and what I mean about face is what this guy did in the A-Team. 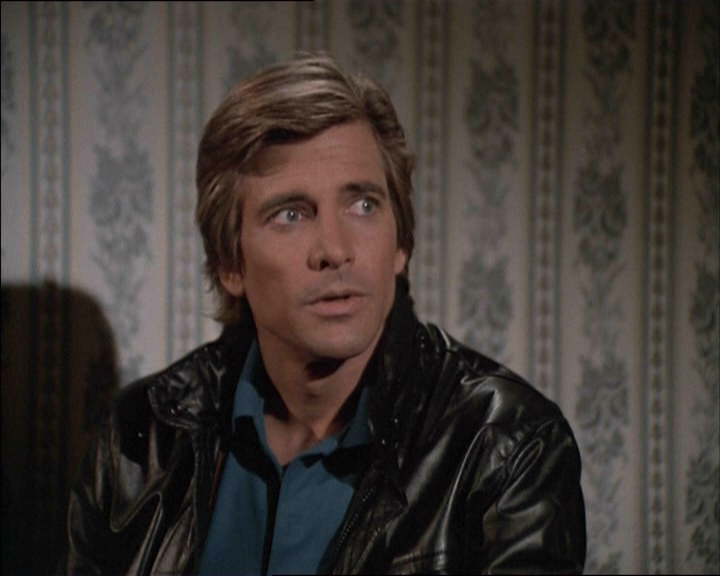 So, number 1.  There is no Chaotic Evil orks, trolls, dwarves, or elves in Shadowrun.  Get it? Good.  And Orks can be as personable as Elves, only Elves can do it better.  Got it?  Good.  Still, the world of Shadowrun is a Techno-Dystopia so you can forget those silly little alignment rules dealing with race.

So, is there anything about the races that are bad?

Well, you can have a dwarf be the evil nice French Jerk.  An Ork be the rich dude from Monte Carlo, and the Troll in the boardroom.  As for Elves -- the Elves took over Ireland and Oregon.  Not all Elves in Shadowrun are stuffy, up your nose types that would call you a "silly English type!" but only the immortal ones are -- the other Elves think the immortal ones aren't with the times.

Tomorrow: Playing Back in Business -- a Shadowrun Scenario.