The pull of Atlantis is again, undeniable.  I'm mulling ideas in my head on what to do.   Anyway, here is Homo Marinus. 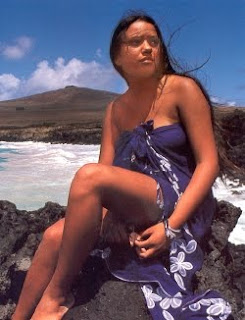 When Atlantis drank the seas, the Atlanteans were forced to convert three cities from terrestial cities to underwater colonies.  Using powerful magic, powerful psionics, and high technology; the cities of Atlantis, Tritonis, and Cleitos were converted into a small underwater kingdom.  Located in a shallow sea, the Atlanteans converted some of their number into beings capable of breathing underwater using genetic engineering rather than magic.  They are known as Aquatic Humans (h. Marinus).  They are known colloquially as squid (Systemic Osmoform) and as divers (Cetacean diving reflex).

Languages: Atlantean, Aquan, Low Common
Bonus At Will power:  You know one extra at-will power from your class.
Bonus Feat: Aquatic Humans, both divers and squid, gain a bonus feat at 1st level.
Bonus Skill: You gain training in one additional skill from your class skill list.


Play an aquatic human if you want . . .
* to be a decisive, resourceful hero who's home is under the sea.
* To have versatility.
* To be able to excel at the fighter, rogue, and warlord classes.

Aquatic humans are fully capable of living under the sea.  They are sturdier of build than their human cousins, having a subcutaneous layer of fat under their skin.  Their muscles are also a little more robust and tend towards swimmer's builds.  Aquatic humans are fully capable of mating with terrestrial humans, the mother's ova chooses which kind of Aquatic Human the child will be.  A mother who is a squid will always have squid children.  Conversely, a mother who is a diver will always have diver children; doesn't matter if the father is a diver, squid, or human.  divers and squid fathers mating with terrestrial mothers will have terrestrial children.

Aquatic humans are mammalian in form, but do not grow facial hair.  All aquatic humans are hairless except for the hair on their bodies.  Aquatic humans have lifespans comparable to humans.  Aquatic humans living on the surface tend towards Polynesian style.  Most are perfectly topless or shirtless squid gills are located on the back.  Aquatic human fighters and warlords tend to wear armor made from special dense lightweight ceramics that has been hydrodynamically designed.  Only warlord leaders wear armor made from bronze or orichalcum.  Some Aquatic Humanoids wear armor fashioned from Aluminum Oxynitride (transparent aluminium) because of its lightweight and indestructible properties.  Rogues typically wear no armor at all, as armor slows them down.  If aquatic human rogues must wear armor, it's typically made from transparent aluminium.  In Atlantis, Aquatic Humans tend to wear the styles of Atlantis.   This can range any where from a speedo for males and bikini for females to the chiton and himaton.


Playing an Aquatic Human
An aquatic human's psychology is still the same as a human.   See the Player's Handbook One for more information.

GAH!  Okay, I'm a geek.  I just did my first race statblock for 4th Edition!!

Although this should follow the GSL and SRD, I do believe that the Creative Commons License on this site trumps the GSL.
Posted by Elton at Monday, July 19, 2010