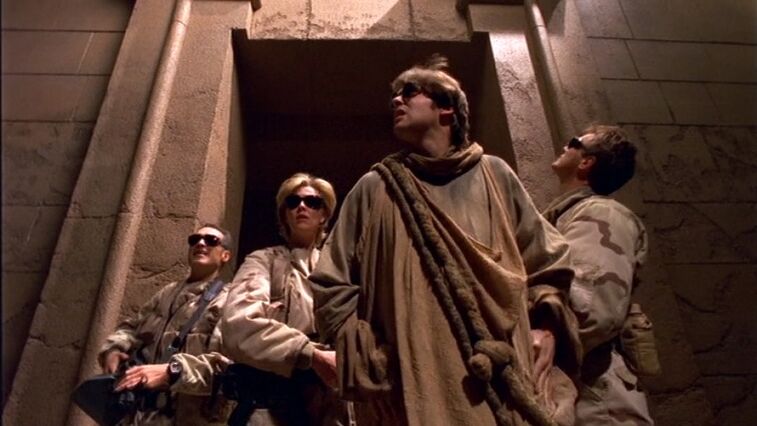 At the end of the book is a list of possible Crossovers:

Dragonstar, Mindshadows, Nyambe, and Seven Seas were all suggested as possible crossovers.  In fact, Dragonstar could be a replacement for the Goa'uld and the Ori.  In fact, the game suggests crossovers.  So, my mind went a thousand miles an hour and put together the following possibilities.

The Dragon Empire -- after the Goa'uld and the Ori were defeated, the Dragon Empire becomes the new problem.  With Quesamet and Asamet -- the Tau'ri have to deal with dragons in the Milky Way Galaxy and the Sagittarius Dwarf Elliptical Galaxy that has been intersecting with the Milky Way.  The dragons are like the Goa'uld -- they become masters of all they see.

The two empires have been competing and now the Dragon Empire is expanding.  Can the Tau'ri stop their expanse?

Forgotten Realms and Hârn:  Both Faerun and Harn were linked to Earth.  Instead of what the writers intended, I would use Stargates to link both Harn and Shavarash (Faerun) to Earth.  The Stargate would be in an Earthmaster (Ancient) site on Harn (Melderyn) and on the Forgotten Realms, the Stargate is located on the Chessenta and Unther border.

Eberron: Eberron has a STARGATE!  Built there by the Ancients, the Goa'uld seeded Eberron with humans from Earth -- taken from Troy or Greece.  The Stargate is located in Sarlona, specifically somewhere in Riedra.

Yrth: The planet of GURPS: Banestorm has a stargate.  The stargate is located in the island nations.

Plus, hundreds of other possibilities!  You can do anything with a Stargate campaign.  The possibilities are endless!
Posted by Elton at Thursday, January 05, 2012