The Great Poser Art vs. DIY with Maya debate!

Poser and DAZ Studio artists, you hear it all the time.  There is a big debate on how those that use Poser and DAZ aren't really artists.  We all know that the people at Disney's Pixar take months working on and rendering those 3D movies (Disney shouldn't have bought Pixar, bleh!).  And the typical Poser still can take a fraction of the time to set up (my latest image, using DAZ Studio Pro, took hours to set up properly).

Because of this, they feel that taking DAZ Studio and posing vickeys and mikeys are completely a cop out and all we do is press the "Make Art Button."  Well, well, well, I suppose these people have forgotten all about Andy Worhal and Roy Lichtenstein.

Andy Warhol (August 6, 1928 – February 22, 1987) was an American artist who was a leading figure in the visual art movement known as pop art. His works explore the relationship between artistic expression, celebrity culture and advertisement that flourished by the 1960s. After a successful career as a commercial illustrator, Warhol became a renowned and sometimes controversial artist. The Andy Warhol Museum in his native city, Pittsburgh, Pennsylvania, holds an extensive permanent collection of art and archives. It is the largest museum in the United States of America dedicated to a single artist.

Some of Andy Worhal's work: 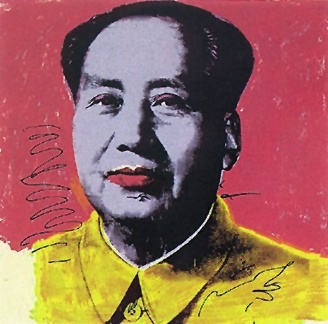 Roy Lichtenstein (October 27, 1923 – September 29, 1997) was a prominent American pop artist. During the 1960s, his paintings were exhibited at the Leo Castelli Gallery in New York City and along with Andy Warhol, Jasper Johns, James Rosenquist and others he became a leading figure in the new art movement. His work defined the basic premise of pop art better than any other through parody. [2] Favoring the old-fashioned comic strip as subject matter, Lichtenstein produced hard-edged, precise compositions that documented while it parodied often in a tongue-in-cheek humorous manner. His work was heavily influenced by both popular advertising and the comic book style. He described Pop Art as, "not 'American' painting but actually industrial painting".[3]

Roy Lichtenstien was considered America's "Worst Artist."  However, some of his industrial paintings have sold for more than 20 million dollars on the auction block.  Here are some examples of Roy Lichtenstien's work. 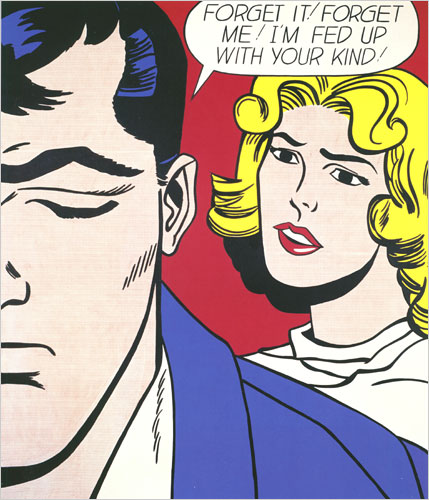 both have led the Pop Art movement, of which the 3D Medium can be considered to be a part of.  So, the next time some dude who think they know what they are talking about and accuses your use of DAZ Studio and Poser a cop out, then remind them of Andy Warhol and Roy Lichtenstien.  They have paved the way, and one of the pair was even called America's "Worst Artist."  Remember, you are traveling in their shoes.

Let's not forget photography too. These are people who don't "make" anything at all. They just "take" photographs without building a single thing from scratch! How can people like Ansel Adams be called artists when all they do is press a shutter? :)

Art, whether created in DAZ Studio, Poser, Maya, in a camera or on a canvas with paint, is about creatively capturing what the artist sees, in whatever way the artist wants. Doesn't matter whether you're posing vicky or creating a complete figure from scratch.

It's all art in the end.

You are correct, Greywulf. I should have mentioned Ansel Adams and Michael Helms (who I know, likes my work). :)

You are right on with your views on Photography and art in general.