An Adventures in Terre Preview #2 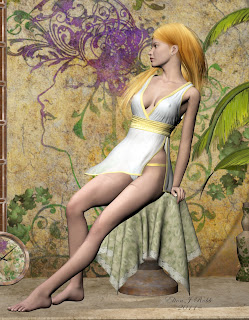 SATURN, VENUS, AND MARS
AN ADVENTURES IN TERRE PREVIEW
A new preview of the Adventures in Terre module sourcebook for Pathfinder.  The adventures continue in a world that was colonized by Lemurians and Atlanteans.  When the Sky is worshiped, and so called god stars light the night sky.  The pantheon of the Old Gods includes Saturn, Venus, and Mars.  The New Gods, numbering twelve, represent twelve achievements of mankind since the colonization of the Lemurians and Atlanteans on Terre. 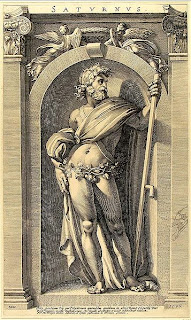 Saturn.  The god that ruled over the age of Virtue, the Age of Perfect Harmony.  Called Kronos of the Greeks, and Saturn of the Romans, the Ancient God is a god of peace and wisdom.  Under his protection, the people of Terre was happy and there were no problems or complaints.  Since Saturn isn't seen in the sky, most people participate in a festival that celebrates a time when Saturn will return to the Earth and restore the age of perfect virtue. 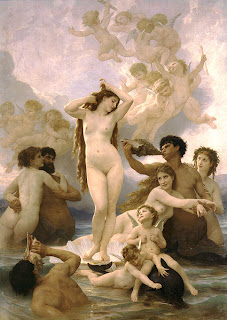 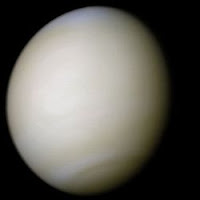 Associated as the mother deity in the Ancient patheon, Venus is a woman to be both loved and feared.  She embodies the ideals of phenomenal beauty, love, and desire.  However, Venus has a dangerous aspect, that of becoming the Dragon (see below).  Venus inspired the Star symbol among Terreans, and her symbol is a five pointed, six pointed, or eight pointed star. 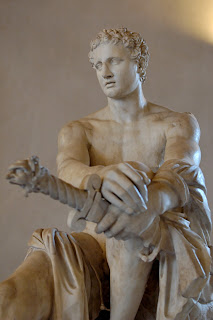 The god of War and Protection, the Warrior God.  Mars is the eye of God, and the one that fought Chaos and fought the dragon. While farmers pray to him, Warriors sought to learn his weapon arts.  And they sought his protection in war through the armor they wore.  The leather kilt, the crested helmet, and so forth were all seen as ways of getting protection from the war god.

Adventures in Terre preview ♡2011 by Elton Robb; Author: Elton Robb. Copying Art is an act of love. Please copy and share.
Based on original content from our Myths and Legends.
Posted by Elton at Wednesday, March 09, 2011