Running a Science Fiction campaign can be really fun if you find the right combination for you and your players.  Since I'm all about freedom, my favorites are basically Space Opera games.  My favorite setting of the whole bunch is Selling the Moon, Wholesale! with possibly a military campaign set during the Long Night (see Gene Rodinberry's Andromeda for an example) running second and an Exploration game running third (Star Trek, Buck Rogers).

I want to talk about Selling the Moon, Wholesale setup first.  This campaign offers the best freedom for you and your players in my mind.  There are a huge amount of media that represents this setting, and most of them are computer games.

The best known examples of this type of campaign that come to my mind include Wing Commander: Privateer, Microsoft's Freelancer, and Elite. 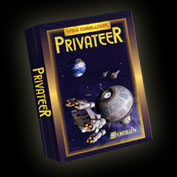 Wing Commander: Privateer is the successor of the game Elite. It's probably the best example of what to do in a campaign setting such as this.  Privateer  allows the player to really play in an expansive universe that immerses you in an expansive universe (although its only relegated to the Gemini Sector -- a sector built around the Gemini constellation in the Zodiac).   There is essentially three paths opened to you: you can be a free trader, a mercenary, or a smuggler.  What is best about the game is it's openness.

What does Selling the Moon, Wholesale offer you and your players?

Using Wing Commander: Privateer as a model, this model offers both the GM and the Players Dungeons and Dragons styled like scripting and running.  The game is made up of three separate elements that ensure player freedom.  They include:

Although not in vogue among the RPGA, a Random Encounter system is great for Selling the Moon Wholesale because you can use Random encounters to set up your players with a bit of randomess against any NPC factions you have working in your universe.  Like pirates, retroes, or enemy Space Nations (like the Kilrathi [space cats] or the Magog [space orcs] for example).

Small missions are GM created missions that usually don't need anything beyond an objective and random encounters.  They can be written down on 3x5 cards with stats for spaceships and who is flying them.  They can also include generated star systems for planets or drifts you can visit.  Small missions are brokered by organizations through your Merchants Guild, your Mercenary's Guild, or a concourse kiosk. 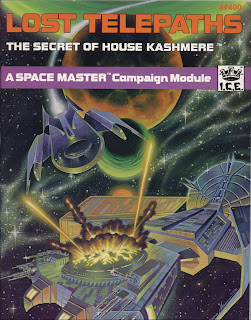 Fixer Missions are full blown adventures -- written by you or published.  They are brokered by NPCs, and provide you with a true plot and campaign scripting within your universe.  Some examples are the old SpaceMaster Modules from ICE or the old modules from Star Frontiers.  Even Gamma World modules may work with some rewriting.  The Old Privateer game had a main campaign, find out how to destroy the egg that has been plaguing shipping lanes.  While this strung people along, as a GM you don't have to string your players along in a campaign such as this.

The Choice of a Game System is pretty important when running a game.  You need a good game system that will provide fun for you and your players.  Published game systems include:

Of the games above, I tend to make a mishmash.  I use GURPS: Space and LUG's Star Trek: The Next Generation Roleplaying Game for my Gamemaster advice, and SpaceMaster: Privateers as my system of choice.  The latter is crunchy enough to handle both Space Opera and Hard SF settings.   While the earlier provides some Good Advice!  The old LUG Trek game has the best advice on making system settings (called sectors), while GURPS Space provides some good all around advice.

That is just my set up, you can use whatever game you enjoy for you and your players.

So what is left is choosing a setting.  From Star Trek to Privateer to Andromeda to Blue Planet there are a lot of published settings you can use.  Even Space 1899 and Space 1999 are not impossible!  Lets use Privateer as an example.

The game starts you out in the Gemini Sector, in the Troy system.  The Troy system has a terraformed planet (Troy 3, I think -- known as Helen), and two Mining Bases (Hector and Achilles) with jump points to the Pollux, War, Regallis, Pender's Star, and Pyrannees systems.

you allow the players to either create their own ship, or give them a Taurus scout ship (note, if they create their own Hyperyacht, do not give them starting money!).   You also can start them on Helen (which is a Garden planet) or one of the mining bases. On a base in Privateer, the players have access to the concourse -- which provides offices to the Mercenaries Guild, the Merchant's Guild, a ship dealer, a commodity exchange, a bar, and a mission kiosk.  As GM, on certain bases, you can expand the concourse to include a mini mall in which players an buy new clothes and food for their ship (maybe even get a food replicator).

The mission kiosk is where you can dispense your "mini" missions, and the Commodity Exchange is where the players can buy commodities to buy and sell on the open (and black) markets.

There are some interesting things about the Privateer universe.  There are a couple of base types the players can fly too:
And there are factions.

Plus there are a bunch of NPCs you can lift from the game.


There is a lot you can do, and I hope I gave you a lot of good ideas.  If you enjoy science fiction gaming, the sky is literally the limit since there is a whole goldmine out there just waiting for you to explore!
Posted by Elton at Friday, January 28, 2011