Roleplaying on World of Warcraft 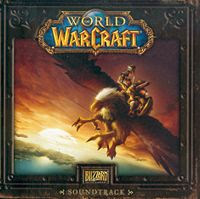 So here is my Rant for roleplaying on World of Warcraft. It either doesn't exist, it's frustrating, and its something that can cost you friendships if you aren't careful. People who play on the many World of Warcraft Roleplaying Servers are not Roleplayers at all! They play World of Warcraft for the fun of it and when you do RP, they think you are projecting your real self all the time.

It makes me sick that people confuse romance on an RP server in World of Warcraft to be the real thing. Although I had many opportunities to build a romance, I bungled them all. This is because people can't discern what is fantasy with what is real. So, if you want to play in World of Warcraft, I suggest buying the World of Warcraft pencil and paper RPG. Then you get a group of friends and have a grand time of free entertainment.

The idea to create a living novel, or story, is very appealing to creative types. It also is very fun and very exciting. The dynamic that World of Warcaft actually presents is strong and powerful, if everyone roleplayed their roles and understood that what happens in World of Warcraft, under a RP server, does not have a bearing on the real world.

So keep this in mind when playing World of Warcraft. Roleplaying in World of Warcraft does not usually exist, and when it does, becareful because most people have a tendency to blend the real world with the fantasy world.
Posted by Elton at Sunday, July 27, 2008

Speaking as a newbie to Role Playing I do find it hard to differentiate between RP and RL sometimes, but mainly because I based my characters on who I am irl. I know that sounds weird but my tone and reactions are typically how I would address you if I met you on the street. If you are a moron, I will treat you as such, if you are a masher, I will promptly put you in your place. The most amusing thing is when a player finds out I'm really a female and not a guy playing a girl and then I can't pull them off my pixels with a butter knife, as I've been told often.. I'm an epic rare spawn, a rl female who will RP and have been told I have the ability to do it well. But I do have to spend hours explaining to a lovelorn lock or druid that just because I may be romantic in game does not mean you are now my boyfriend and I do have other things to do in game other than prop your flagging ego.