No doubt some of you downloaded the Victoria 5 preview.  Technically, I didn't have to, since I downloaded the 4th Edition beta of DAZ Studio.  So far, I didn't sign any Non-Disclosure Agreement so I'm not under legal pressure not to talk about Victoria 5 (I saw no digital contract).  Plus, I can't give a report on the DAZ Forums because of my Libertarian views on Copyright.   Still, I won't include screenshots of Victoria 5.

This is a report that I would have typed out on the DAZ Forums.  However, I was kicked out, they told me I could go back but I have to stop talking like a Libertarian.  If I'm not allowed to talk libertarian 'drivel' on a controversial thread about copyright, I ain't going back.  I'm banned forever.  Ahem, back to Victoria 5.

First Look
In a nutshell, Victoria 5 is somewhat an improvement over Victoria 4.  Michael comes in with her, and when you start the Beta, you get an androgynous figure: Victoria's head on Michael's body with some feminine curves.  She/he is a wet dream for those who are attracted to androgynous people (i.e. traps).   However, you can convert V5 into a more male figure by dialing M4 morphs.  Also, you can convert V5 into a more female figure by dialing the Victoria 4 morph. 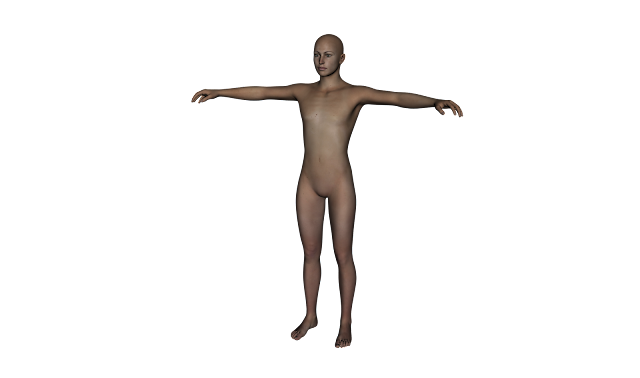 Posing
Posing Victoria 5 is still like posing Victoria 4.  You still get that plastic doll look.  It's not as pronounced, meaning that they increased the polygons she is composed of.  Victoria 5 will not accept V4 poses, as I did apply a V4 pose to Victoria 5 and the toes were completely distorted.  This means that new pose sets will be created for DAZ Studio and Poser.  Still, it isn't a huge improvement over V4.  The model doesn't have a dynamic musculature.  Meaning that certain poses still doesn't look right.  Like a cancan pose.  So you still can't pose a Rockette dance pose realistically.

Skin
Victoria 5 loads with a realistic skin by default.  That means that there are a lot of blemishes and moles that comes with the skin.  There are no nipple definition, so it isn't perfect.  Still some parents might not want their boys working with V5 and DAZ Studio.  After all, there isn't a painted on bikini.  V5 is nude out of the box.

I'm still looking forward
To working with Victoria 5.  However, since DAZ isn't making huge improvements I am a little disappointed.  One day before downloading the 4th Edition beta, I saw this video:


Also, this video should illustrate what I was looking for or expecting:


So far, I'm not sure if V5 has these expectations.  There appears to be no strong improvements to the figure, but I don't animate, so I don't know.  Still, there are some surprises about V5.  She or he is truly unimesh.
Posted by Elton at Tuesday, April 05, 2011

I agree. While V5's global unimesh is a terrific step in the right direction, I would love to see decent dynamic musculature & displacements. It's a shame that we're still some way off this.