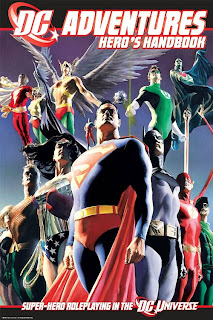 The player was playing a heroine that is missing an arm and both her legs.  She had cybernetic prostheses made for her arm and legs and went crime fighting with her boyfriend, Frosty.  However, Frosty was lost in Siberia when she turned 18 and started College.

Now a Theatre Major, she was preparing for the dress rehearsal of A Funny Thing Happened On the Way to the Forum.  On the way there she bumped into Richard (a different version of Nucleon) who was carrying a lot of books.  His important books were the Bible and a book on Quantum Physics and he was on his way to his car.

While at the theatre, she prepared the actress who is playing Philia by getting her into costume.  The only thing weird was that the actress had a crush on Nucleon and she had a bandaged calf. The play had a run through and the Director was giving notes on the dress rehearsal, telling everyone that they were terrible.  She slipped out and met with Richard again.

The two went out for ice cream, and they discussed the Justin Beiber fandom and compared it with Superman and Batman's fandom.  He asked about Nucleon, and she couldn't deal with Nucleon's sense of out of date style.  In fact, the player character said she would manhandle Superman for his outdated style.

Trouble, however, started in the Art Museum outside, and Richard conveniently went to the bathroom because he said he was a coward.  The player stalked off to the Art Museum, talked to the cops which mentioned a Werewolf wearing a sports bra and woman's runners briefs (a.k.a. bloomers or bun huggers). She went in to take care of the Werewolf herself.

While in there, she met Nucleon, who asked if he could help. She grudgingly accepted and the two tracked the werewolf to the Renaissance Gallery where she was holding ten hostages and threatening to bite all ten of them in order to pass on her lycanthropy.  The fight started with the player character making a gesture and the werewolf started attacking her.

Well she punched the wolf in mid-air and threw her to the wall.  Nucleon put the wolf in a bubble of air while he went to see about the hostages.  The bubble popped and the wolf landed on Nucleon's head.  Which the wolf enjoyed way too much.  After some attempts to grab her tail, the player character kidney punched the wolf, pulled her off and slammed her against the wall again.  Knocked out, the PC strangled the werewolf until she passed out, and they delivered her to the police.

Nucleon dropped the girl off at the school Swimming Pool, which was insensitive as far as the PC was concerned and the PC went back to take a shower and get into bed.  The adventure ends with her dorm mate telling her that she set up a double date with Josh and Richard for them.

and the Player ate up all that.
Posted by Elton at Wednesday, November 30, 2011