I have a cousin who wants to do a Rifts campaign using the Spacemaster and Rolemaster rules combined. The problem is, I have a lot of work to do with just the main book. :(

Still, I told him I need to get used to the Spacemaster: Privateers rules.  So, immediately I thought of a Freetrader campaign.  Essentially, this gives him a lot of freedom.  I was thinking of doing it in the Sirius (A and B) Sector (with Sol in the Center, of course).

Although, doing it right would be interesting of course.  So, where to start with a freetrader's campaign?
I've been checking with people for some ideas.

Doing a campaign like this will be fun, but I'm strongly influenced by: 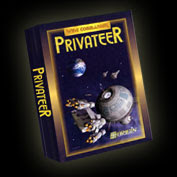 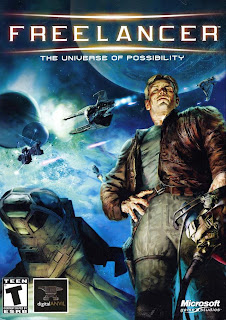 It's hard enough not trying to copy these two games, since they are so strongly influenced by Elite and that other SF game.  Here are my intial hooks:
* Freetrader game.  The player characters play at being space merchants, smugglers, and mercenaries.  They can go anywhere in the setting (the Sirius Sector).
* Sol is part of an Alliance of planets.
* Races include: Falanar, Humans, Kagoth, Oorts, Tulgars, Valiesian, and Xatosian.
* The Range of Space extends for 30 light ly. in a globe from Sol.  Beyond that are the Star Empires.
* The sector is divided into quadrants.  Each quadrant is named for a particular Zodiac sign.
That's all I have right now.
Posted by Elton at Friday, February 12, 2010