Stargate SG-1, seasons 8 through 10, deal with the breaking of the power of the Goa'uld and the new enemy of the Ori.  So, lets talk about the Ori arc for a second.  I'd like to submit that the Ori arc has a lot to do with the War in Heaven that is prevalent in Christian thought about the pre-Earth life.

According to Stargate, the Ancients and the Ori separated over ideological differences.  The Ancients (also known as the Alterans) persued truth through science and freedom of thought.  The Ori persued truth through religion and force.  The two ideologies proved to be dichotomies and the Ancients fled their home galaxy to the Milky Way Galaxy and settled Earth and other planets. Eventually, the Ancients and the Ori ascended to a higher state.  The Ori passed on a religion called "Origin" to the next evolution of humans they created in order to increase their own power, using their ascension and knowledge of the universe as justification for praise and worship.

The Ori forced their religion, called "Origin" on to the next generation of humans.  Sounds familiar?  In the Arc, the Ancients believed in free will, and the Ori believe in force.  For a parallel, the Ancients parallel Jesus Christ while the Ori parallel Lucifer. 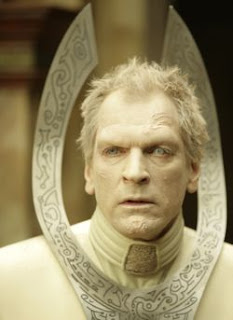 Here is how it works: in the Pre-Earth Life, the gods gathered together in council over the Earth.  Many of the gods did not have bodies but were anxious to get them.  As the Gods with bodies discussed on who to send as a Savior, two stood up.  One of them was kind and gentle and offered to go.  Another had the presence of a Military Commander and offered to go.

The Ori force "Origin" on their followers so that they can gain power to overpower the Ancients in their Ascended form.  They are to convert to Origin or face death.  They also prevent ascension of their followers.  The Ancients don't prevent Ascension, but they promote free will among humans and the right to choose for themselves good or evil.  If the Ascended Ancients were to ever interfere in the affairs of the humans of the Milky Way, they believe that they will be no better than the Ori.  Stargate SG-1, although a science fiction show, shows some religious concepts through it's Science Fiction.  Probably that is why it lasted so long.
Posted by Elton at Wednesday, February 17, 2010