Racial Templates during the Age of Leo 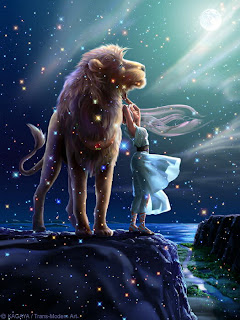 Races in the Age of Leo pretty much include: Giant humans, Lemurians, Atlanteans,  Half-Atlanteans, and Homo Sapiens. Other races: such as elves, halflings, and such; would be Dimensional Beings or Astronauts from other civilizations beyond the stars.  These are Race templates for use in the game.

The Humans of Earth are split into four races during the Age of Leo.  Homo gigantes which were a giant human (called Giants in the Earth in the Bible), the Atlanteans, the Caananites, the Khitanni, and Homo sapiens.  Human characters range from scientists, to adventurers, to the occasional (and rare) 21st Century transplant in the form of a high school student.

Human Racial Template
Except for H. gigantes, all humans have the same template in game terms.  In culture, the four human races have different tendencies.  The traits are: 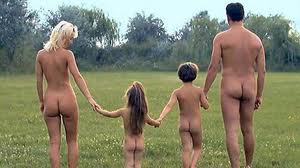 Atlanteans, which includes Lemurians, are those people which are descended from the loins of Seth and his wife, and also Eve his mother.  They are a calm, nordic people who are white.  The race of Atlanteans have great longevity, as in the case of Adam, who lived a thousand years before dying. They are inventive, relentless, and scientifically minded.

Physically, they represent the human norm.  About six feet tall and about 150 lbs. in weight.  A mighty people based in the Americas, Atlanteans have spread out forming colonies in Europe, Africa, and parts of Asia.  The largest colonies of Atlantean culture are in Atlantis, Lemuria, and Zion.  The Atlantean genes will live on in the descendants of Shem and his wife, and those Indo-Europeans that favor Japheth. 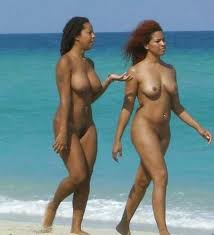 The Canaanites, despite what others would have you believe, are not the Beasts of the Field.  They are descendants of Cain, some of his brothers, and Lilith -- Adam's third wife.  Their features match those of the African.  Black, impulsive, quick to feel emotion, the Canaanites had founded colonies in Mu and northern Africa.  Although the true Canaanites are smiths and are able to work all manner of metals (the descendants of Cain), the greater Black race have destroyed an entire nation of people who lived in tents. As a result, the colony in North Africa was punished.  Their nation had become cursed to be no longer green.

The Canaanites also have the distinction of creating the first instance of Organized Crime.  Cain and his brothers created the first secret organization in which Cain planned and executed the first murder.  Canaanites resemble the people of Kush.  They are dark skinned, ranging from brown to black.  They were the first city builders, building the city of Nod near the land of Mu.  They range from 5 ft tall to about 6 ft 5 inches tall.  The Canaanite genes will live on in the descendants of Ham, more specifically in those who would settle in India and sub-Saharan Africa.

The Egyptians, as we know them, favor their father Ham over the Canaanite, Egyptian princess he married.  They will be white, with red hair and maybe a little blonde.  However, they will be cursed according to the Priesthood.

The Khitanni are the seed of Sarah, Adam's second wife.  They have formed colonies in Asia, specifically Xian and Shan-gri-La as well as what we call China.  They are an industrious people, able to copy most anything anyone puts out.  They are also mystical, having beliefs in circular philosophies.

The Khitanni have yellow skin and distinct facial features.  Their eyes are slits, they have black, straight hair, and they are about five feet six inches tall to about five feet eleven inches tall.
The Khitanni genes will live on in those Indo-Europeans who favor Japheth's wife and the Hittites.  Eventually, colonies in Asia after the great flood will become present day China.  To this day, the Chinese honor Noah in the form of a goddess named Nu-Wa. 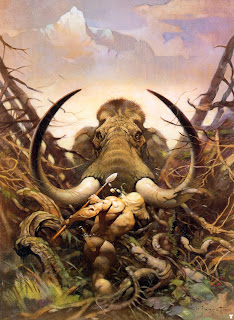 H. Sapiens represents a mixture of these races and the "Beasts of the Field" spoken of in the Bible.  They will make up the Heathen Nations spread throughout the world.  H. Sapiens are the cave men, the stone age cultures of hunter gathers and farmers during the Age of Leo located in Europe and the Middle East.  H. Sapiens include the Natufian culture as well as the Hunter Gatherers of Europe, Prehistoric Europeans.  H. Sapiens evolved from monkey stock that may have been tinkered with to spur evolution (there are 250 genes in the human genome that cannot be accounted for).


Life is brutish and short for these people.  However, they do produce fair daughters which attract men of the other races, above.  H. Sapiens are characterized by their height, which varies between 3 feet (dwarves), to about seven feet tall.  H. Sapiens are as smart, and as industrious as we are.  H. sapiens genes live on in the RH Factor in the blood of most humans today, meaning that somewhere in the line of patriarchs there were intermixing with the "Beasts of the Field."

Giant Humans, H. Gigantes, are a genetically engineered race by Atlantean or Khitanni design.  Purposefully created, they are large of stature by doubling the human genome.  H. Gigantes have 84 chromosomes instead of the usual 42.  Giant humans were used to help build megalithic monuments including Baalbek.  Giant humans may be of H. Sapiens stock instead of the stock of the other three races.  These Giants are engineered to stand 12 feet to 20 feet tall.

Little is known about the Giants in the days of the Age of Leo.  It is known that some of them became men of great renown, as the heroes of old.  We have only skeletons and pictures of excavations, though, to prove that they exist.  Called the Nephilim in the bible, they are not the product of Angels mating with the children of Men.  Rather, they are genetically engineered purposefully to have 84 chromosomes.   Question is, do the giants live on?  Well, in the case of Goliath they did, although Goliath was only a dwarf -- nine feet tall -- compared to his mother and father and siblings.  Which means someone did genetic experiments after the flood.


DIMENSIONAL BEINGS AND CROSSOVERS
For GMs who want a really weird game, their could have been other races that could exist in your game.  Races such as elves, shapechangers, dwarves, and halflings are not at all impossible in a game based on pure fantasy.

Dragonborn by ~grandanvil on deviantART
Dragon folk have the reptilian features of dragons with a humanoid frame.  Appearing to be the descendants of a great Dragon God, the dragon folk have crossed into Earth either by dimensional gate crossing or by more fanciful means.

The Dragon folk have colonies in Europe, South Africa, and possibly Mu.  Dragonfolk stand about six feet tall and range from golden in color to a rich red brown.  They are mystics and warriors, capable of learning the Wizardly arts and the arts of the blade.  There are no Dragon Folk fossils that have been found.


dwarf by ~shonensan on deviantART

Dwarves are from another world in another dimension.  They are a stoic race that are found in colonies in Eastern Europe. More than any other race, the dwarves have acquired a reputation as dour and humorless craftsmen of the earth. It could be said that dwarven history shapes the dark disposition of many dwarves, for they reside in high mountains and dangerous realms below the earth, constantly at war with giants, goblins, and other such horrors.

Dwarves are a short and stocky race, and stand about a foot shorter than most humans, with wide, compact bodies that account for their burly appearance. Male and female dwarves pride themselves
on the length of their hair, and men often decorate their beards with a variety of clasps and intricate braids. A cleanshaven male dwarf is a sure sign of madness, or worse—no one familiar with their race trusts a beardless dwarf. If there are any Dwarven fossils, they would be no different from that of a small human's.


NEXT: More races of Atlantis favoring the fantastic side.
Posted by Elton at Friday, September 02, 2011