State of Phoenicia: City of Psionics

My campaign setting, Phoenicia, City of Psionics; is taking shape.  I've had some great ideas to get over the art problem, but not all of it is solved, so I'm plugging away to get it written.

I've written chapter 3: Races of Phoenicia in a rough draft.  The following races are available:

These are the major races and the races everyone is used to.

I dropped the desert elves and added two more sub races of elves -- the Pelagasiri Elves which are regarded as savage and bloodthirsty.  The Pelagasiri are rumored to eat beasts of prey (Leopards, lions, wolves, eagles, etc.)  They also wear animal skins, wear a modicum of clothing (many wear loin cloths), shave their heads, and live like savages.  They also tend to be very muscular.

The other elven subrace are the Olvinian Elves -- which are psionic elves.  All elves are seeking Arvandor, or the elven Promised Land.  There are five groups of elves (six, if you include drow); mentioned in the C.S.   They all approach Arvandor from their own point of view.  The Arcadian Elves  and the Myth'lari elves seek to make the Promised Land work by using magic.  The Olvinian Elves seek Arvandor through psionic discipline, while the Pelagasiri want to return to the Land and living primitively (the Pelagasiri are like the hippies).  The Massalian Elves are too busy trying to avenge themselves of losing their homeland and loved ones in Arcadia to a Pelagasiri invasion.

Then there is the Dark Elves, which aren't seeking Arvandor at all.  But instead wallowing their own evil ways and plotting to conquer the surface. 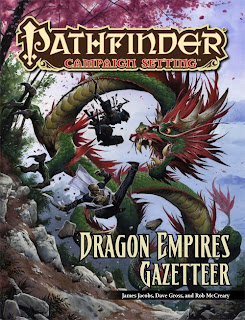 Next are the Nagaji.  I basically combined the Nagaji from the Dragon Empires Gazetteer with the Ophidians from Psionics Unleashed and called them: "The Nagaji."  Why?  Both races are basically the same in concept.  By combining them both under one race, you get an interesting blend of the two.  The Nagaji traits are used from the ARG to describe the Nagaji in Phoenicia.  However, an optional trait is listed so players can play a psionically active Nagaji.

Aasimars, Dark Elves (or drow), orcs, and tieflings.  There are no minotaurs or Centaurs in this setting for PCs.

I am currently writing a chapter on Religion in Phoenicia.  I chose to approach the world as if a God like Jesus or Michael the Archangel were creating it.

As much as people feel about religion today, I feel that Religion used to foster Spirituality in Man, and as religion continues to go along it's mission diverges from one of being a good tool to man to being Man's master.  Despite that, I use real world religions as a point of inspiration and even bring them into the world.  Now this is against grain of advice, but let me tell you.

A religion should teach you how to gain Spirituality: a personal relationship with God.  However, as religion continues, it priests turn from those who love to those who master.  This happened in India, when the Brahmins took over the Hindu religion and used the Apartheid Caste System to their advantage (In India, those who pray are more important than those who war).


Approaching the Problem of Illustration
While writing the Religion chapter, I got off track and followed an idea on illustration.  I thought I'd do a marketplace chapter and on how things in Phoenicia are different than in traditional Pathfinder as the monetary system goes.

I also thought I could illustrate Adventurer fashion.  Here's an example of where I'm going with this:

Here the DAZ Freak (based on Michael 3) is wearing a traditional Greek military uniform and is billed as Hercules.  I managed to get a copy of the Freak 3 uniform and will be doing an illustration in simile the one on the right.

Looking at that, I could do illustrations of Adventurer Fashion.  Ranging from the Freak in a Breastplate armor at the right, to persian harem costumes, to bellydancer costumes to Barbarian costumes straight out of Conan the Barbarian and Kull the Conquerer.

I suddenly realized that I don't have everything I need to make what I want come to pass.  Fortunately, Orientalist paintings can come to the rescue.

For one example.  Another --

That is, I'm not fully incapable of doing some orientalist work myself.  I can get DM's Zahir's Palace as a backdrop.  There is still a lot of options available, but Indian paintings are going to be tough, naturally.  Also naturally tough is an illustration of the city's waterfall.  That's another I have to commission. :)

I currently work for Steven D. Russell's Rite Publishing in laying out Pathways Magazine.  Pathways #22 recently came out and I'm still making mistakes as I go along.  I recently laid out the monthly magazines for the past quarter using InDesign, and this month's magazine is also laid out.

I'm working as an intern for Layout design with Rite Publishing, and I still deserve the internship.  Lately, in a bold move, they are having me layout the book for Faces of the Tarnished Souk.  The book is 220 pages long, and it's taking some time to layout.  It's going to be a great book to layout since I will actually be paid to do it.

For other things for publication from my own brain, I have to continue my association with Misfit Publishing to publish my work.  They can put it up on the three stores, and it can get some attention.  Self Publishing can be a fiasco, especially when you are working hard at school.  However, I wanted to do this for a long time and you can't get away with using Word as your layout program. :)