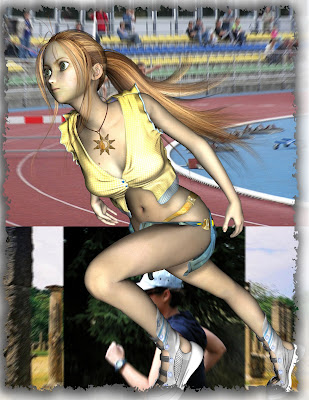 Having Olympic fever isn't really much of a disease for me. Sure the Olympic spirit is reduced after the olympics, but its fun to see the Olympians compete. Often for themselves and not for the glory of the Media circus around the Olympics.

The sacrifices the athletes make are powerful enough to make or break Champions. They are often asked to sacrifice their time and their effort to be the best they can be. Being caught with Olympic fever for a long time, I've often wondered about my progeny. Wouldn't be nice if one of them became and olympic champion in their own right? Ha, they aren't even born yet and I'm already thinking of raising an Olympic Champion. So, does this mean that I'm sure I'm going to meet their mother? Lets just say it's a big possibility.
Posted by Elton at Tuesday, August 12, 2008