Well, it wasn't just one skeleton.   It was a skeleton and a psion. 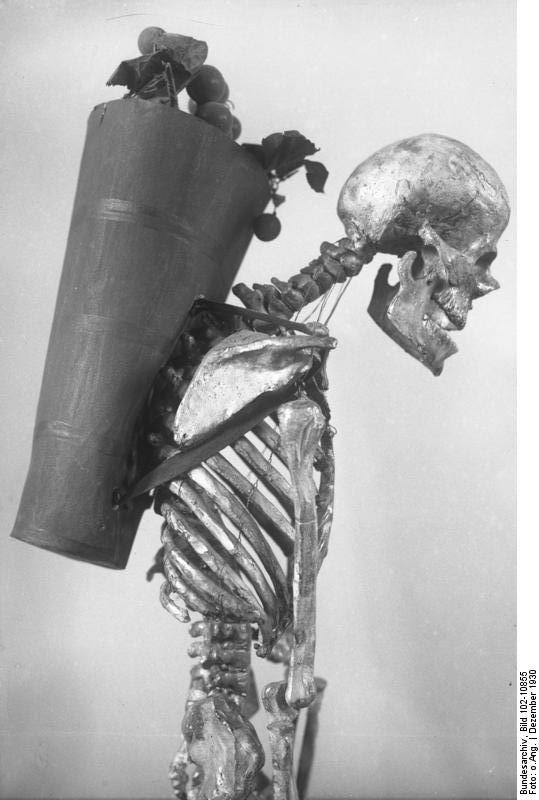 I have chosen to introduce my characters to the graveyard of Phoenicia on Thursday.  And I used a skeleton thief -- animated through psychic means -- to do it.  Just one skeleton thief.  That's it.  Nothing more, nothing less.

They, the players, took the bait.  I originally thought it was a lich, after all, why would a skeleton be moving around in the city?  Then I made it just a simple skeleton and see how the players reacted.

So, they chased the skeleton all the way to the graveyard.  One of them, however, became the victim of a T.K. maneuver power.  He was lifted into the air and then summarily dropped.

Yes, I know the power's description doesn't say "Lift into the air."  But it ain't fun if you can't do Jean Grey/Phoenix stuff in D&D or Pathfinder.

So, I sent a skeleton soulknife after them.  Word to the wise, the dice has worked against me, the DM.  I could have cheated, and have the skeleton soulknife rip them apart, but I let the dice stand. *shrug*  However, the best that GMs can do is fudge the dice when they need too in certain situations.  But it's best to play by the rules most of the time.