Designing Your Own Rolemaster Adventure, Pt. 1

Although a lot have been said about this in the past, there happens to be some guidelines in designing an adventure. The most basic way of designing and adventure for your own Rolemaster Adventure is to know about your characters.

Are they farm boys and girls, or military brats? Do they come from the brothel or from high society? These questions help shape your first adventure. For the sake of simplicity, however, lets explore the assumption that they want to explore the world around them.

1. The heroes are farm boys living in the Town of Oaksprings.

Question 2. What sort of environment does Oaksprings have? For simplicity, lets assume it has a valley. With a ruin connecting to some caves and such. I'll provide a picture to said ruin . . . 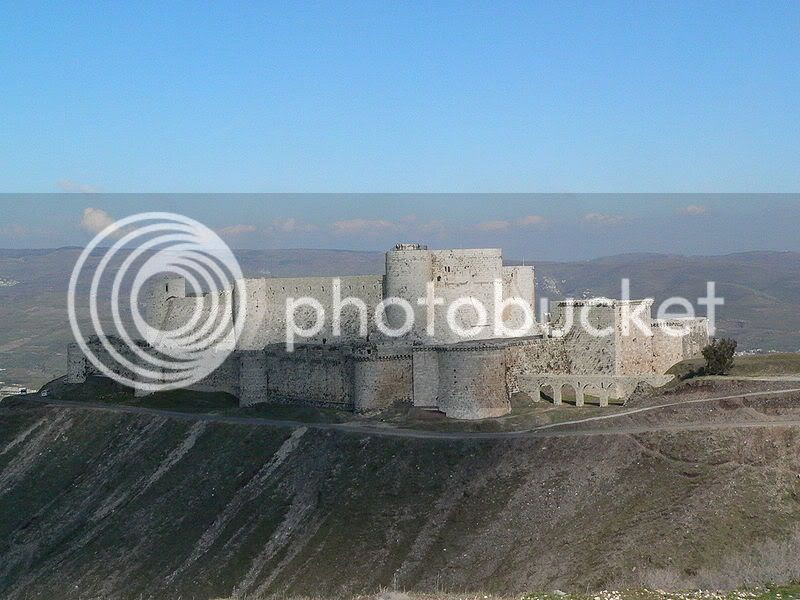 ( Yes that is the Crac des Chevaliers)

Not something you would find in Conan, but something you can find connected to the Crusades. This castle is overlooking Oaksprings from atop it's hill. It's ruined, as it was destroyed some twenty years ago. So, now, we have a place where your adventurers come from, and a place where they can explore for adventure.

But an Adventure is not without it's dangers. It's time to plan what we put into the castle. Make a list of what your heroes would encounter. Here's a list of dangers the usual Rolemaster Hero may come across in a world like the Known Realms.

After completing your list of creatures, you need something to reward your player characters with. Treasure is often the best answer to that question. Lets open Creatures and Treasures for Rolemaster Classic and make a list of treasure.

The general rule for handing out treasure for low levels is simple enough. Never give out too much, or you go into Monty Haul style campaigns. Treasure is something that is a reward for a job well done in bringing down your opponents in defeat. Realistically, our castle already has been sacked, so whatever the treasure reward is often had by our monsters or our foil.

So, lets design a bad guy for our player characters to encounter. If you are planning a campaign, a villain (like a Dark Lord type, or Femme Fatale type) must be already in your head. But since this an adventure, a foil (i.e. walk-on bad guy) would be perfect. If you design your foil well, and the PCs like him, or better yet -- love to hate him -- then you have your major villain for your campaign.

So we have our foil: Juno the Illusionist.

So, now we have a good plan for our adventure. Designing the rest: the floorplan and so forth, is the tough part. But there are work arounds for this. :)

I'll have Juno's stats up in a second. For right now; enjoy the D&D cartoon below for some inspiration.