So, why do people fight over D&D?  Why do they fight?

I really think a lot of people are non-confrontational when it comes to their favored version of D&D.  So, why are people so passionate to have a heated discussion about D&D and it's various editions?  There are a few things about 4e I don't like as to what happened: 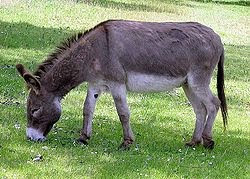 D&D 4e is the fault of everyone who has played D&D and complained to Wizards about how an earlier edition rules system doesn't work.  ITS OUR FAULT!  GET OVER IT!  Balance, balance, balance -- what happened to play?  But we fight about it.  We fight that people use earlier editions and use backward clones, we fight because we pick other systems other than D&D.  We fight because someone uses the earlier clones.  We sell each other heavily on the current system, but when someone creates a character outside of all others  -- there is a repulsion effect.

Okay, Dungeons and Dragons is not perfect.  But we don't have to act like jackasses.  Do we?  Or, why do we have to act like jackasses?  I bet in Conventions, people who only argue their opinions of the rules between systems are jackasses.  But then again, maybe we argue because we can't seem to accept that other people see their beloved edition of the game as flawed.  Maybe we argue because we feel insecure about Dungeons and Dragons and Dungeons and Dragons is our security blanket.  How do we stop the Edition Wars?  I guess we all have to grow up and love each other.
Posted by Elton at Thursday, February 04, 2010