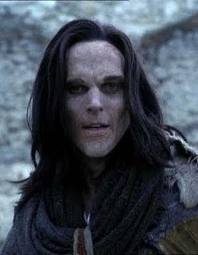 The story, to be summarized, is about a scientist named Victor von Frankenstein that studied and found the secret to life.  He used his knowledge to bring to life a creature made from human body parts.  Essentially, a flesh golem in D&D but with the ability to reason and to speak.  Horrified at reanimating dead tissue, Victor runs from his laboratory and the creature also leaves.

Through their adventures the creature is shunned by humanity and it starts to murder.  After each murder, Frankenstein grows ill because he is responsible by default since he brought the creature to life.  At some point, the creature demands that Victor creates a mate for him.  Victor starts to do so, but he stops before completing the second creature.  Victor gains a conscious, realizing that the creatures may be mortal and may be able to reproduce.  He tears the thing to pieces and the first creature angrily curses him for destroying his font of happiness.  In retaliation, he murders Victor's wife.  The two have a final confrontation at the North Pole and in the end Victor dies and the creature wanders the Earth, never to be seen again.

The reason why Mary called the story the Modern Prometheus is because its an allusion to the myth of Prometheus and Epimetheus.  Both Prometheus and Epimetheus were tasked to create life on Earth by the gods.  Epimetheus, which his name means Afterthought, created all the animals first.  He handed them all the powers that each of the animals all have.  So, when he set to create man, there was nothing to give.  So Epimetheus turned to his brother, Prometheus.  Prometheus, whose name means Forethought, designed man with all the powers of the gods and gave them life.

However, Prometheus' story doesn't stop there.  Prometheus cared for his children so he wanted to give them fire.  Zeus forbade him to give Men fire.  However, Prometheus disobeyed Zeus and took a fennel stock and started it on fire using the sun.  He returned to Earth and showed men fire and taught him how to make fire.  The result made Zeus angry, so Zeus chained the Titan to Mount Caucasus where an eagle or a vulture would come to eat out his liver every day.

By comparing the novel with the myth, Prometheus creates life and Victor von Frankenstein reanimates life, Victor von Frankenstein becomes Prometheus.  At the outset, Mary Shelley wrote the book as a cautionary tale of how science can be used without limits or conscience.  This book had a sequel, written by H.G. Wells known as The Island of Dr. Moreau that did deal with the consequences of science turned loose without ethics or morals to restrain it.  Only in this case, The Island of Doctor Moreau had dealt with the consequences of genetic research without ethics and how it can be used to create monsters.


Frankenstein as a critique on Government

It's also a story about the arrogance of government, and the monsters it can create out of society.  In a terrible way, one can interpret Frankenstein as a story of what happens when government interferes with nature.  It is the natural order of things for life to beget life and to die.  In human society, it's natural for commerce, science, and religion to go about unregulated by the government.  However, when government starts interfering, it can create an unnatural society.  As capitalism can be seen as natural to Man, or even better yet, a society working under the Law of Consecration; socialism is a wicked construct that forces everyone to be equal in the eyes of human beings, removing the hope of individuality.  The result is an unnatural society as powerful and mighty as the Creature Victor created. 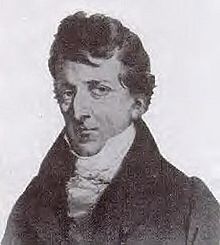 Mary Shelley took inspiration for Victor von Frankenstein from the work and lives of four men.  Luigi Galvani, who experimented with electricity on dead animals to see what happened; his nephew Giovanni Aldini [pictured], who worked with electricity on dead human cadavers; Andrew Ure, a Scottish scientist who built on Luigi Galvani's experiments and also worked with cadavers.  And finally, the infamous Konrad Dippel.  The man who is strongly linked to the Frankenstein story even though his macabre experiments was done with alchemy rather than electricity.

Luigi Galvani was probably one of the scientists that studied electricity and its effects on dead animals.  He stumbled across the notion that electricity was apart of our bodies when a thunderstorm caused the frog legs to twitch.  So, Galvani tested electricity by applying it to a dead frog's sciatic nerve.  The result was that the frog's legs jumped.  He then released his findings and it revolutionized biology.

Galvani's work led to an explosion of using electricity to treat many kinds of ailments, as the new technology was believed to be a panacea and used as an entertainment piece.  Much like computers are being used today, no doubt.  Also, during Galvani's day, the new knowledge of how electricity was linked to the Body was demonstrated in Europe with all kinds of shows showing twitching limbs.  It surprised and horrified people as the scientist explained how electrical energy was used by animals and humans to help their bodies move.  However, Galvani put forward an idea that man can achieve immortality by being infused with electricity artificially.  However, it took his nephew to demonstrate this in a much more startling and macbre way.

Giovanni Aldini had more common with Victor von Frankenstein than Galvani or Konrad Dippel.  The man would demonstrate the effects of electricity on a human body.  Aldini did this with a dead murderer's body.  He'd connect electricity to the head and the anus and other parts of the body and the cadaver seemed to have come to life.  Which was an unnerving experience.

The other man was Andrew Ure. Andrew Ure used a cadaver which he had made incisions into the body.  He then applied electricity in the incisions.  The bizarre experiment caused the man to make several faces, extend his leg and jump the leg enough to cause one of the assistants to fall back, and finally he used the electricity on the finger, which caused it to extend and point at the audience.  Many believed that the man had come back to life.

The final man was Konrad Dippel.  Dippel was born in, ironically enough, Castle Frankenstein.  Konrad Dippel was educated in Alchemy and all matters of science.  Konrad fought with his professors and felt his thoughts were right.  He left the university and followed his own theories on finding the secret to life.  Konrad Dippel was responsible for Prussian Blue, Dippel's oil, and other things.  No one, however, was sure tha he used cadavers  but the authorities found strange human bones in the courtyard of where he lived.  Konrad Dippel died mysteriously either by poison or a stroke.


Frankenstein Filmography
Frankenstein is the story that is the most adapted to film, beating out Dracula the strange love story between an undead count and a young woman.

Any of these would be perfect to start.  The best movie to start with is either the 1931 Universal Film with Boris Karloff, or this Peter Cushing classic, The Curse of Frankenstein.