The Role of Saturn in our Ancient Skies, pt 1


Warning.
There are some, out there, who have been blinded by Comte's philosophy of Positivism and do not embrace the Liberalism espoused by the Founding Fathers of the U.S.A.  Liberalism was embraced by many of the Founding Fathers, including Benjamin Franklin, Samuel Adams, and George Whitefield.  In Liberalism, Revelatory Knowledge is as important as Self Knowledge.  Again, I may attract the same detractor on this blog post because his beliefs (and that of the Peer Review system) stems from Positivism, a philosophy that says the only knowledge that can be trusted is from conclusions you form yourself.  Which of course leaves out any Revelatory experience from the Father, the Creator, or the Son of man.

This blog post is about the Planet Saturn and it's role in our Ancient skies.  Thus this post will go into mythology and religion.  If you do not enjoy these two topics, don't read it.

Ahem.  The Planet Saturn, Venus, and Mars used to dominate our polar skies.  Venus, Mars, and Earth used to be in a saturn-synchronous orbit with Saturn's south pole.  and Saturn itself used to be in a binary star system with Jupiter.  Jupiter and Saturn used to be Brown Dwarf stars, providing illumination for the Earth.  In fact, during the Neolithic era, Mankind saw these planets in our sky and the presence -- and ancient memory of this configuration -- impacted Science and Religion.  The questions are: how and more importantly why? 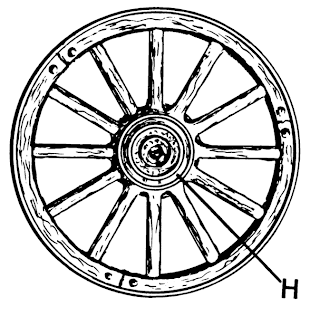 It wasn't Lucy watching a bone rotate in the air (as some science fiction authors suppose).  I say it is Saturn, Venus, and Mars.  During Neolithic times, after the Creation recounted in Genesis (which was a transition from the Paleolithic Era to the Neolithic Era), these three planets dominated the skies.  More importantly, our polar skies.  Back in the day, Saturn illuminated the night sky.  There was no starfield, no zodiac, and no Milky Way.  Just as this video shows:


Saturn, Venus, and Mars in this configuration became known as the Sumerian God Shamash, the Egyptians knew it as the Eye of Ra, the Eye of Horus, or the Wadjet Eye.  This is symbolized on the Salt Lake Temple as the Eye of God.  Even the Masonic Pyramid on the dollar bill, the "All Seeing Eye of God" goes back to this planetary constellation.

As time went on, however, Venus began to react with Saturn for being so close to the planet.  The planet itself, seeking electrical equilibrium with Saturn, created a number of plasma configurations.  Including the Five-Spoked Star or Pentangle, and eventually an eight spoked wheel.  Seeing this in the heavens, Mankind sought to replicate it.  First in art, and second in actuality.  The Wheel is a neolithic invention.


KOLOB AND THE KOKAUBEAM

Scientists all over the world have a debt to pay to Abraham; whether they are blinded by Positivism or enlightened by Liberalism.  Before Abraham went into Egypt, Abraham spoke with Yaweh face to face (who we know today as Jesus Christ, or the Son of man).  Abraham received teaching from Yahweh about Kolob and the Heavens, specifically Kolob and the Kokaubeam.  It's LDS tradition that Kolob, the star nearest to where God the Creator dwells, is in the center of the Galaxy or the Center of the Universe.

Several times, my father promised me that Earth would journey to Kolob and revolve around the God-star.  However, I could not fathom the distance that the Earth would have to travel to the Center of our Universe.  Then came David Talbott and Wallace Thornhill.  David Talbott proposed that Saturn once dominated our polar skies.  Suddenly it seemed like a thousand questions were answered for me, all at once.

In Abraham's vision and conversation with Yahweh, the El taught him:


Kolob, which is star.  Kokaubeam, which signifies stars.  Abraham was being taught this ancient constellation of planets.  Father Abraham was also taught the principles of astronomy in accordance to that starfield in the sky.  Yahweh used the starfield as a symbolism of Abraham's progeny.  Soon after this, Abraham took this knowledge and journeyed to the land of Ham -- Egypt.  There, on a mission both religious and scientific, Abraham taught the Egyptians all that he knew from this revelation.  Eventually, the Greek fathers of natural philosophy would journey to Egypt and be versed these mysteries.

Saturn is Kolob, the lesser light of Heaven.  From Saturn we got our our clock, our 360 degree circle.  Venus and Mars are the Kokaubeam.   From the interactions of Venus, Mars, and Saturn we got our symbols for star, the wheel, and the Ladder or Mountain of Heaven.  And from the Fall the Earth from grace we also got the stories of the Titans and the Clash of the Titans -- as recounted in the Theogony.

We have several traditions today that stem to this ancient constellation of planets.  The Christmas tree.  The maypole.  Dragons.  And comets.

NEXT: Modern Heathen Practices and the Kokaubeam.
Posted by Elton at Friday, March 04, 2011