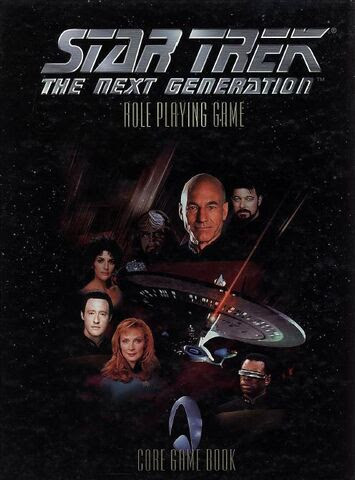 There is no Star Wars vs. Star Trek.  They are both built on different stories, and have different bases in science.  The differences are telling:

Star Trek deals with the potential of the human civilization and is based on Relativistic physics.  Transporters aside (which is based on Quantum Teleportation), you have Warp Drive, phasers, complex plotting, and many different gadgets.

Star Trek attracts those with a higher education.  Star Trek gets deep into intellectual and social character development.  You hardly fire any photon torpedoes at your enemy, and everything is based on negotiations to resolve conflict.  Of course, you get some phaser fire.  Star Trek episodes deal with possibilities.  You have some deep roleplaying in your Star Trek RPGs because not everything is based on combat.  I have a copy of the TNG RPG (LUGTrek) and it handles TNG so superbly.  Right down to how to portray your villains.   In fact, a lot of things that happen in Star Trek Phase II (which is Original Trek carried on) is based on events and storytelling that happened in TNG.

Until Star Trek 9 happened.  It wasn't because of Kirk.  Kirk, as portrayed by Christopher Pine -- represents a younger hotheaded Trek.  Shatner's Kirk in OST is much more mature, and Cawley's Kirk shows a Kirk that is wise beyond his years.

It was the storyline.  Star Trek 9 wasn't Star Trek.  But then, ST: Nemesis didn't make any sense either.  But perhaps the worst part of Star Trek was Seasons 4 and 5 of Voyager.  But Star Trek is strongly based on science and what could be possible and is highly intellectual in it's approach.

So, on to Star Wars.  Star Wars is based on Quantum Physics.  While the show is fantasy, and has mythological themes, the thing that underlies it all is the Force.  Star Wars is ultimately about individual human potential.  While Star Trek talks about our potential as a species and how we can rise above barbarism, Star Stars talks about our potential as individuals and how we can achieve such potential.

You have the Force.  Through the Force (which is a scientifically proven fact) a human being can become a better human - even supra human.  And while you have spaceships -- with the capability to go into a whole other dimension (Hyperspace) no less -- everything about Star Wars is individual human achievement.

So the last two Jedi, Obi-Wan and Yoda, took it upon themselves to train Luke Skywalker in order to face Darth Vader and defeat him and his Emperor.  Luke, with his reckless behavior, learned the horrible truth, Darth Vader was his father.  Luke eventually fights his father and defeats him in front of the Emperor on the Second Death Star.  His father, unable to HATE his son because he reminded him of Padme Amidala -- his beloved wife -- couldn't kill his son.  Faced with the ultimate temptation, Luke resists temptation and says that he will not turn to the dark side and use Bogan.

The Emperor, feeling that he was a great threat to his power, attacked him with Force Lightning.  During the fight, however, Luke used Dun Moch on his own father in a reverse and less perverse way.  Luke saw the Good in his Father and Darth Vader, seeing what represented the last of Padme in utter pain from Force Lightning, repented and threw the Emperor down the main reactor shaft.  Thereby redeeming himself of his terrible betrayal of the Jedi and becoming a vessel for Ashla once again.

Through the story of Star Wars, we learn that we can become better individuals through redemption and we have great Potential -- through the interaction of the Force and those sensitive to it.   Through Star Trek, we learn that the human as a Civilization has the ability to improve and rise above our proclivity to war amongst ourselves.  Star Wars is ultimately a Science Fiction tale about the Individual.  While Star Trek is a science fiction tale about the Community.

Star Wars is about Individual Freedom, while Star Trek is about working together to achieve the objective. Star Wars is also about preserving true Freedom against tyranny -- whether it is from a Galactic Empire ruled by a Militaristic Dictatorship with the Emperor as its head or a true Utopia (Star Wars: X-XII).  Star Trek is about the potential of the human to overcome the worst of our individual selves and to band together to build something great.

Both story cycles are good and both are great to watch.  However to play in an MMO, Star Wars has the best potential to play in an MMO -- since all MMOs have mostly solo adventures.  In Star Trek, you need to work together or its not going to be plausible as Star Trek.  Star Trek would not work as an MMO, but both work as Roleplaying Games in their own right.  Although Star Trek lends itself well to team play. :)

In the end analysis, neither is better than the other.  Geeks who fight over who groks what universe best both should read and watch more Science Fiction.  Stranger in a Strange Land, The Martian Chronicles, Dune, A Princess of Mars, The Gods Themselves, Foundation series, At the Earth's Core, Ender's Game, and Farseer are all good examples of Science Fiction.
Posted by Elton at Monday, February 27, 2012