4th Edition: A boat dead in the water? 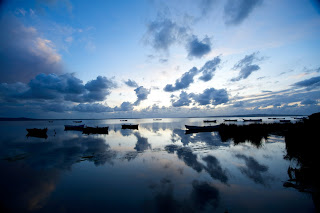 What is it about D&D and WotC's dropping of the Open Game License? Well, Greywulf looked at it pretty hard as to why it was dropped. But there are a few disenting opinions. My answer is that the reason why 4th Edition sales have dropped off is that:

Really, most of WotC's customers now are my age. Some of us smoke, some of us drink, some of us have kids of our own who we are sharing the hobby with, and some of us still think of ways to change the World like the Hippy and Flower Child generations before us. We are adults now, and we are still treated like children. By companies run by people our age who grew up with us and the times we've experienced.

I can't personally answer that question. All I can say is that Hasbro/WotC has not treated me or my peers as adults. But we are in our thirties now, we are an age group that can really affect change. We are an age group bringing up our own children, and we are an age group that has come into our own. Some of us are representatives in Congress. Some of us are Senators, and some of us could be Governors of our states in the not to distant future. So, why the missed love? Why the missed appreciation? Why doesn't Hasbro/WotC just treat us like adults and have the good faith to produce 3rd party support for 4th Edition or to buy PDFs?

Well, besides we Libertarians and our case against Copyright, there is a Pirate Party that has been organized. Apparently, the Copyright Laws give private companies to police their IP, and they don't really care whether IP is a myth or not. This includes WotC.

I really think people in the World are getting fed up with Copyright. The U.S. Pirate Party, the Swedish Pirate Party, and other Pirate Parties all have platforms that fight abuse of copyright and to reform copyright to make it more liberal and just for all, and not only gives a few the power. I support my fellow Americans in the reformation of the Copyright Acts, and the revocation of the DMCA. While I can't answer any personal feelings about 4th Edition, I do have personal feelings about Copyright abuse.
Posted by Elton at Tuesday, November 24, 2009

Assuming that book sales have dropped off - and we've no way to say whether they have or not thanks to WoTC/Hasbro's notoriously tight lips when it comes to actual sales figures - then that's likely to be for many reasons, not least the rising popularity of D&D Insider.

I think moreso than dropping the OGL this is the change that is the early death knell of D&D books. I wouldn't be surprised for the next edition of D&D to become an all subscription model after the first batch of Core Books as released with subscriber-only content becoming the norm.

Will it be a better way of getting your D&D? We'll see. Right now, I think it's an inevitable change that we'll just have to accept if we want to keep playing the latest edition of the game.

Not entirely. I still have my 3.5 books, and 3.0 books. And my little plan is still progressing, faster than I would admit since I'm writing my campaign setting without operating capital.