4th Edition D&D Essentials out of the Box 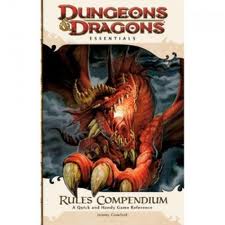 The game is different, yes DIFFERENT, from regular D&D.  Uhm, what I did was ignore the rules considering miniatures.  But everything about the has changed in the playtest, and the best way to learn the game is to actually JUMP in and DM it.  Strangely, a rules lawyer is nice to have with a DM whose willing to try out the system.

Okay, I don't like 4th Edition.  That's all I've got to say on the matter.  I ~don't~ like it.  Maybe it was my lack of preparation, but I quickly made up some stock characters to throw at the PCs.  The way I run things, I tend to run with a lot of improvisation, and you can't do improv on this game and look successful to your peers.

The thing is, the stock characters came out of Nadia: the Secret of Blue Water.  One of my players made the rival to her character, and all I can see is Grandis Granva from Nadia.  So I gave her two henchmen.

Handsome and Sampson.  Handsome is an Artificer and his true combat ability lies in his ability to construct Steampunk machines, gadgets (like his Color Spray Bazooka), and other things.  Sampson is -- well -- STRONG!  Impossibly strong, about as strong as Hercules (see my notes on how Hercules and Sampson might be the same).  Sampson relies on his strength, while Handsome relies on his inventiveness.

Number one: the game doesn't have a way to explain how inventions are invented, how they are constructed, and how they work.

Number two: A STRONG guy doesn't have a chance against the PCs.  At level 1, the PCs are over powered, so I need to stat these people out so I know what their exploits are (yep, their underpowered).  Handsome still relies on machines, so if he has to deal with someone without his machines or gadgets, he generally and rudely tells them to leave.

I.e. the players had fun, I didn't.  The game kind of flies in the face of improv.  I can't improv without making an NPC stat so that the NPC will be up to par to the PCs.  It's kind of a let down, really.  You basically had to do the same with 3.x and Pathfinder, but at least you can get away with the improv.


The Best parts of the game were:

Handsome's Color Spray Bazooka.  I thought of a fire ball throwing bazooka but changed it to throw a spray of dazzling colors.  Color Spray isn't a Wizard or Artificer power.

Handsome's tank, the Kyli, driving at the same speed as an Orien Lightning Rail and blowing a hole in the side of one of the Lightning Rail coaches.  Oh, and the fact that it's steam engine can generate AC electric power to power the tank.
Posted by Elton at Saturday, November 27, 2010

Handsome and Sampson. Love it!

a)something that usually happens between adventures, and..
b) either works or it doesn't. That's a plot-driven decision from the DM. If it furthers the plot for the invention to work, it works. Else it doesn't.

If the PCs want to make something then I suggest making it a Skill Challenge and encourage the players to come up with ways the whole group can take part.

In terms of improvising, that's pretty much how we play all the time. Need a strong guy? Grab the Bugbear (or Orc) stats and use them. Want a Color Spray cannon? Give it's use the Color Spray spell and have it recharge on a 4, 5 or 6. Job done.

Add in the ability to very easily modify monsters' special abilities and level on the fly right at the table (DMG174 - each increase or decrease in level alters attack roll, AC & defences by 1. Every 2 levels increase damage by 1. Adjust hit points ( I just use +/-8/level) and it's done) and create encounters by totalling the XP value and I rate it as being streets ahead of any other edition of D&D for improv gaming.


All of that makes it easier for me to concentrate on the role-playing elements. The game-stuff just sits in the background and works :)