The Case for Wholesome Social and Family Nudity 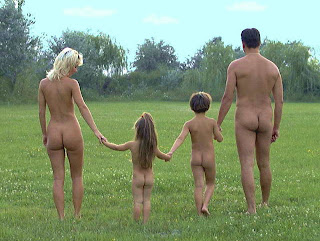 In honor of the Nude Blogging Movement, I said I would post two articles today. One was already posted for Anaximander; the first Greek Philosopher. Now its time to post about wholesome social and family nudity. Naturism and Nudism seem to be the solution to the problem of the Salt Lakers' consumption of Pornography. However, since we are focusing on results rather than on what is inside, the Church of Jesus Christ of Latter-day Saints has an Annual sermon on Pornography (or bi-annual) every General Conference of the Church.

The latest sermon, given by Elder Dallin H. Oaks, serves as a reminder of how awful Pornography is to society and the changes that it is making. Clearly, because of Pornography's affect on a relationship between a husband and a wife and his children, the Church of Jesus Christ of Latter-day Saints is typically against Pornography. Indeed, the Church is anti-Pornography and it makes no apology for the fact because Pornography can change the relationship dynamic in a family. Believe me, the Apostles and Seventies of the Church of Jesus Christ of Latter-day Saints hate Pornography as much as you do and its painful for them to speak out against it in General Conference. But, it seems that there is no other way but to preach Pornography avoidance. However, we live in a totally different world than what we had fifty years ago. Clearly it isn't working, as Bishops complain that one in three cases of morality that they deal with in the office deals with the "evil" of pornography. Is there another solution to the problem?

The Law of Attraction and how all Kingdoms are governed by Law:

The Law of the Harvest is simple: you reap what you sow. Instead of getting into Quantum Mechanics and blowing you away with the ingenious way that modern science explains this law; its best to use an Analogy. What perfect analogy to use then that of the Garden of Eden story? The story of Adam and Eve in the Garden of Eden is more of an Allegory.

If you remember from the Bible, there is three trees represented: the Tree of Life, the Tree of Knowledge of Good and Evil, and the Tree of Experience. All three of these trees are represented in the history of our lives, each of the three trees are as personal as we are. Both the Trees of Life and Knowledge are pure trees, while our Tree of Experience is often the product of grafting roots from the other two trees. The Tree of Life represents:
The Tree of Knoweledge of Good and Evil represents:
Our Tree of Experience produces fruit that is from the graftings of these two trees -- or in real terms truth as we understand and perceive. The fruit of our Experience is produced by the roots. So, what ever our roots are, that is what our fruit will be when produced. So, if we live in a world that is plagued by Pornography, or if we see Pornography everywhere as we avoid it; then there is something wrong with our roots. We need to cut the bad and cancerous roots out of our personal Tree of Experience and graft in new, healthy roots to produce better fruit. So, what does this have to do with the sermons on Avoiding pornography?

When we avoid pornography, we are focusing our attention to the fact that Pornography actually exists and thereby causing Pornography to expand in greater and greater volume. For this is the Law of the Harvest: whichever we focus on becomes our reality. So in essence, we are creating the very social problems we are trying to solve. And because most Americans do not understand that we need to focus on changing the inside rather than the outside, Americans act in total hysterics over what they define as Pornography of every kind.

Cases in point from Diary of a Nudist:

In Tampa, a Marine Corps sergeant who served 9 months in Iraq, committed suicide rather than face the consequences of having been charged with possessing child pornography. His choices were apparently to fight the charges, or cop a plea and live the rest of his life as a registered pedophile. The sergeant chose the ultimate option of ending his life.

In October 2004, a CompUSA employee who was working on the sergeant's laptop computer found nude images of prepubescent girls. He was charged with a crime, lost all his friends, and was given a "less than honorable" discharge from the Marines. And it was all downhill from there.

The sergeant professed his innocence - his laptop was used by many people who could have downloaded the images. But nobody wanted to hear his story, and with $30,000 in legal fees hanging over his head, he shot himself.

A South Carolina high school student tried to show a nude photo of himself on his cell phone to a female student, who immediately reported the incident. The boy is currently in a detention center awaiting a bond hearing.

It's hard to believe, but 25% of readers polled found the latest issue of BabyTalk to be "inappropriate" because it shows a nursing baby and a side profile of a mother's breast. One mother who didn't like the cover explains she was concerned about her 13-year-old son seeing it. "I shredded it," said Gayle Ash, of Belton, Texas, in a telephone interview. "A breast is a breast — it's a sexual thing. He didn't need to see that." A sexual thing? Is the baby "turned on" by the nursing process? Is nursing a sex act?

So, what is to be done? Well, we can either destroy all means and all examples of electronic, print, art, and written communication to prevent Pornography from being transmitted. Or we need to change ourselves to something better; inside.

What? We take our clothes off and live as if we have them on? Yes. You see, Man isn't some stupid animal as most Evangelical Christians and Evolutionists would have you believe. A human being is fully capable of taking responsibility for himself or herself and governing himself or herself no matter what state of clothing he or she is in. Therefore, someone who practices social and family nudity in a way that is wholesome demonstrates that he or she can take their clothes off and control the drive to mate while naked in a public place. Wholesome social and family nudity is all about self control rather than control by others. Self government is the norm for Wholesome social and family nudity. And it does work, in amazing ways! Some benefits include:
As you can see, the benefits of Social Nudity outweighs the benefits of being clothed. This part of the article only touched on the social and emotional aspects of Wholesome Nudity though. Next monday, we can explore the physical reasons and physical benefits of being nude. For now, let us focus on Wholesome Nudity as a nation and allow that to expand while moving away from Pornography in order to make its influence over America shrink.
Posted by Elton at Monday, May 14, 2007

The mom and daughter in the picture above are so hot. Would be great if we could see them from in front as well as I'd bet they'd look so fit.