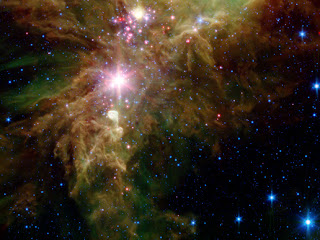 It's interesting reading the Philosophy of the Greeks how they are coming closer and closer to the Truth that Christianity promises, but not all sects and versions of Christianity offers. As the Natural Philosophers of the Greeks continued in their theory advancing to understand the true nature of the Universe, the closer they come to the Absolute Truth of Nature.

All science or Natural Philosophy is about advancing and learning the truth about the Universe and how it works. In the Church of Jesus Christ of Latter-day Saints, scientists are often denigrated for their pursuit of the truth. However, their pursuit is a righteous cause and the journey is long and hard. Take in the case of Xenophanes, the next Philosopher on our list.

Xenophanes is a poet and a religious reformer based out of Elea in Italy. Born in Colophon, located in what is now Turkey, Xenophanes was a Greek philosopher and poet. He also happened to be a social and religious critic. Xenophanes was the founder of the Eleatic School of Philosophy, but often Parmenides holds that honor. To highlight Xenophanes' contributions to Natural and Metaphysical philosophy, one has to understand that his poetry criticized and satirized a wide range of ideas, including the belief in the pantheon of anthropomorphic gods and the Greeks' veneration of athleticism. He is the earliest Greek poet who claims explicitly to be writing for future generations, creating "fame that will reach all of Greece, and never die while the Greek kind of songs survives."

Xenophanes' contributions:
A Latter-day Saint's views on Xenophanes' Philosophy: While Pythagoras said that Mathematics was the science of understanding beauty (which is a principle of the Gospel); Xenophanes sought to impersonalize the Anthropormorphic nature of the Greek Gods -- stating that they are unworthy of worship because they had huiman attributes attached to their personalities. He instead insisted on God's existence through how the Laws of Nature operated.

I'm not Pantheist like Xenophanes and Einstein were. But I can see how Xenophanes had seen some truths. First of all, the work of God is seen in how Nature operates within the Laws we've come to understand. That is where Xenophanes, Einstein, and I agree. However, I do disagree with Xenophanes that God is not Anthropormorphic. Latter-day Saints believe in Jesus Christ and believe on His name as a personal savior. We believe that He is a person, human, with flesh and bones and thus operates within and by the Laws of the Observable Universe. So, how can I agree with Xenophanes and yet disagree with him? That will have to be saved for another time.