Herbs and Spices of Galatea 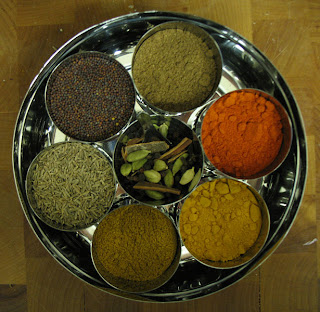 Again, the old Occult Lore we've worked on has come to mind. Occult Lore has rules for Herbalism and awakening the magical properties of certain plants (herbs). So, I thought I should list some real world herbs that can be found in the World of Galatea.

Herbs are different from spices since they often contain properties that help the body to heal and or feel better. Spices makes food often taste better and carry their own special properties in interacting with the body. First some definitions:

A spice is a dried seed, fruit, root, bark, leaf, or vegetative substance used in nutritionally insignificant quantities as a food additive for the purpose of flavour, colour, or as a preservative that kills harmful bacteria or prevents their growth.

A herb is a plant that is valued for flavor, scent, or other qualities.[1] Herbs are used in cooking, as medicines, and for spiritual purposes. 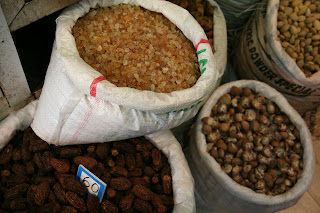 Culinary Herbs
This list, from Wikipedia, is by no means complete. But the spices and herbs used are culinary in nature and may be used in certain alchemical concoctions to add flavor. Certain herb mixes are used in the Cathness Isles of Galatea.

Magical Herbs
the Magical Herbs of Galatea are used by Alchemists in the preparing of magical draughts, potions and elixirs. Some of these herbs also contain medicinal qualities and are often used in tinctures, infusions, poultices, and other important medical uses. These herbs, however, can be awakened by a specialist in herbs or a Wylder witch as they are attuned to have certain magical properties. This list is from Occult Lore.

Each has a history. Mistletoe, for instance, is a plant that is very opportunistic and is considered to be a vampire plant. Mistletoe is also used in rituals in the faith of the Ancients (a pagan religion) as well as a symbol of immortality among those who worship the Ancients. Henna is used for tattooing. The Imperial Willow tree contains salicylic acid, which is important in treating headaches. And the Pomegranate is a tasty fruit with various properties.

The rules for awakening these herbs' magical properties are found in Occult Lore (for now). In the hands of an Alchemist, the following magical items can be created from these magical herbs (except oils, from More Magic and Mayhem):

All the rules for making these potent conconctions are found in More Magic and Mayhem (available from DriveThruRPG and RPGnow). 4th Edition players: The rules in the book can easily be converted over. The skill system of the two systems -- 3.5 and 4th; are hopefully similar enough for quick conversion.
Posted by Elton at Monday, December 28, 2009