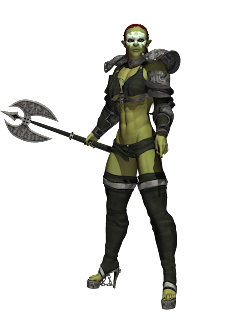 The next in the project is going to be Character Classes.  I'll be adding a few new Character Classes to the game from the World of Warcraft Roleplaying Game.  These character classes include the Shaman, the Warlock, the Hunter, the Inscriber, and the Runemaster.

The Shaman is a class that deals with the spirit world of Galatea.  Shamans usually lead tribal people through their spiritual and mythic journeys and use spells that have to deal with spirits and the elements.

The Warlock practices demoniac magic and usually has an evil outsider as a companion.  Some warlocks often fight corruption, while others revel in their corruption.  Warlock magic is an easy gateway to evil.  Although some warlocks prefer to fight fire with fire and not even think about the possibility of corruption.  They use the magic of demons to fight demons.  In the Caithness Isles, the Warlock replaces the summoner class.

The Hunter does not replace the ranger, but acts as a complimentary class.  The hunter specializes in hunting and using animal companions to help him on the hunt.  Hunters are also artillery specialists, often specializing in the bow and arrow and imbuing the bow and arrow with mystical properties and expanding their pets' capabilities. 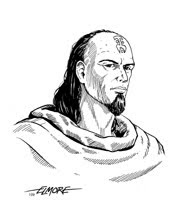 
After that, I'll be talking about how the other classes work in the campaign.


Now working on: CHARACTER CLASSES
Posted by Elton at Saturday, May 01, 2010