Writing an Adventure: the Step Outline 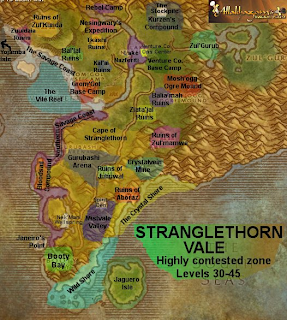 Step outlining is a trick some script writers use to write their scripts for television and movies.  A step outline is a first draft of how your story should go.  For RPGs, it's good to start with a Step Outline and build from there.  Take for instance, I'll write a step outline for "The Fainting Disease, Pt 2" in my World of Warcraft RPG Campaign.

Start with the Premise, a twist, and a climax.  These are to help you stay on top of the story.

Premise: the Heroes have found the ghoul they needed, but they felt it was too easy.  All tracks lead to Zulgordo as the one who hexxed Dave, the bronze merchant.  It seems he has escaped while Zulgordo's lackeys slowed the PCs down.

The Twist: Zulgordo is making his way to Zul'Gurub.  However, he stops at the ruins of Ziata'jal to catch his breath.  He knows the PCs will be after him to make good on his due, so he seeks to confuse the PCs here.  He calls on some big allies to help with the PCs.  A couple of ogres from the Crystalvale Mine.

The Climax:  Zulgordo faces the PCs in a battle royal. If the PCs wins, they can force Zulgordo to make good on his debt. 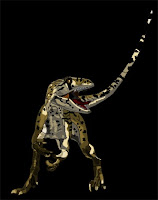 Act I. the PCs chase Zulgordo, who is making his way to Zul'Gurub.  The PCs face monsters along the way, most likely animals such as gorillas, panthers (leopards), and dromeosaurs (Deinonychus, Velociraptor, Megaraptor, and Utahraptor).  The dromaeosaurs of Stranglethorn Vale are Utahraptors.


ACT II.  Stopping at the Ziata'jal ruins, Zulgordo has some time to plan his pursuers, the PCs.  He prepares a hallucinogen from his mojos.  When the PCs make it to Ziata'jal and fights some of the jungle trolls there, Zulgordo uses the mixture and throws it to the ground, creating a mist of sleeping (Sleep or Windborne Slumbers).  The PCs must save or they go to sleep.


B. Capture.  The PCs are captured by Zulgordo, who gloats over their capture.  He tells them that the jungle trolls of Stranglethorn Vale are not the a part of the Darkspear Tribe.  They have no qualms about eating their captives.  As Zulgordo laughs and reveals his plans: he plans to let the jungle trolls eat them!  So the jungle trolls set about preparing a cooking pot and a stew which they will stew the PCs.  Can the PCs escape in time?  (note: the PCs do not have a rogue among them).

ACT III.  The PCs manage to escape capture and face Zulgordo.  However, the witch doctor has some unlikely allies.  Powerful ogres have joined the jungle troll.  The ogres, however, are big, dump, and stupid.   The PCs must still defeat them.  When the PCs defeat the ogres, Zulgordo flees, but not very far.  The PCs catch up to him and capture him.  What they do then is up to them. 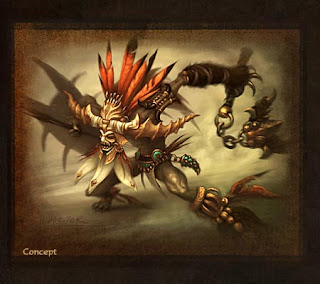