So, I started a Golarion Campaign last night that was just on the fly.  When one of my players mentioned that a land was ruled by wizards that had a lot of Tech, I said -- the land is ruled by psychics.   The land in is Numeria.

Numeria is a land where space aged tech have landed and the wizards there are trying to understand it.  Actually, Numeria is a land ruled by an oligarchy of wizards who are trying to understand the tech that landed there.  Well, never mind the details.   I have the book of Races of Eberron and Secrets of Sarlona, it's the perfect time to actually USE them. 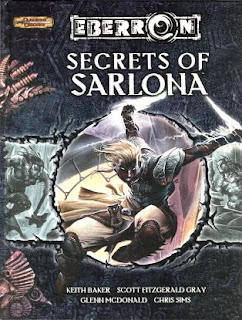 
Warforged Juggernaut by *BenWootten on deviantART


Warforged are a living construct.  Use the statistics in Eberron Campaign Setting or Races of Eberron except for these changes.

Warforged Scouts are halfing sized living constructs.  Use the statistics in Monstrous Manual 3 except for these changes:
* +2 Constitution, +2 Dexterity, -2 Charisma.
* Favored class: none. 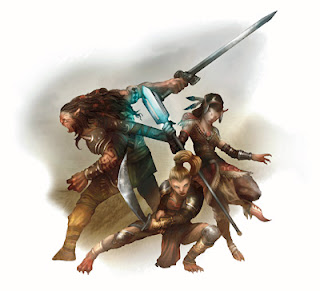 Shifters are found most every place in Golarion, but are mostly found in Nirmanthas.  Mostly hidden in the forests rather in the villages, Shifters are seen as an aberration.  The result of Lycanthropic mating with humans.  Shifters have been able to breed true in the last thousand years.

Shifter Racial Traits:  Same as found in the Eberron Campaign Setting (3.5 edition) or Races of Eberron.  There is no change except:

All shifter traits are present in Golarion.  The Dreamsight trait is rarest of all, but Dreamsight shifters are usually the wise men and women of the village and scattered among all shifter communities.  The Saartuk shifters in Secrets of Sarlona are found in the Lands of the Linnorm Kings and Varisia out on the isles. 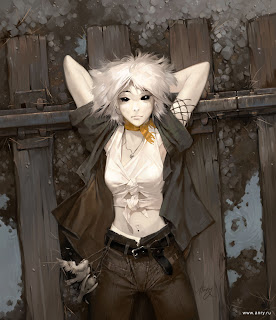 Changelings are the result of humans mating with Dopplegangers.  Like the Shifters, they've been breeding true for a thousand years.  Changelings are found all over and not in great numbers.  They usually worship Desna the Mistress of Dreams (becomers), or Norgorber the master of Secrets (Passers).  The faction known as Reality Seekers actually worship Irori to follow a path of perfection.

Changeling traits: Use the traits listed in Eberron Campaign Setting or Races of Eberron except for the following changes --

* Natural Linguist -- Changelings add Linguistics to their list of class skills for any class they adopt.
* No favored class.

The Kalashtar have escaped the realm of Dreams and have come to Golorion.  Well, a piece of their souls at any rate.  The Kalashtar are the result of good aligned Quori that have merged with the souls of monastic humans.  The place of origin of the Kalashtar is the continent Vudra -- but most Kalashtar have European traits, although there are some with a strong Indian background.

The Kalashtar worship their own religion, the Path of Light; which is considered to be an offshoot of Issaism as practiced in Vudra (which may or may not be true). In the Inner Sea, the Kalashtar are found all over except the Mwangi Expanse.  They usually gather in cities, with the highest populations found in Taldor, Absalom, and Osirion.  The Kalashtar are actively fighting evil in Cheliax and fighting for their right to worship as they please in Rahadoum.  There are no Kalashtar in Qadira since they are persecuted for their religion in Qadira.

Kalashtar Traits:
As in the Eberron Campaign Setting or Races of Eberron.  Note that the Kalashtar are naturally psionic.  I use the Psionics Unleashed document so they have a full working mind link and access to psionic professions.  If you use this campaign guide and do not have Psionics Unleashed Kalashtar can be sorcerers with the Dreamspun bloodline to represent psions.


The Inspired are a race of evil humanoids that have taken over parts of Vudra and created their own little Empire similar to Sarlona.  The Inspired have infiltrated Rahadoum and Numeria.
Posted by Elton at Saturday, October 15, 2011