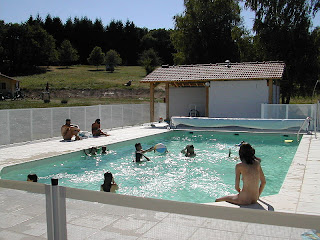 Girls, you don't need that to look attractive and to get hot . . .you know.  But it's far healthier for you to be nude and/or to free bag.  Naturism/nudism is healthy.  And here are a couple of reasons:

Well, there you have it, Sisters.  Several reasons why you should go nude instead of being a clothie.  :) I'm pretty sure you don't want to deal with odor-causing bacteria.  In other words, the last reason to go nude -- CLOTHING MAKES YOU SMELL BAD!