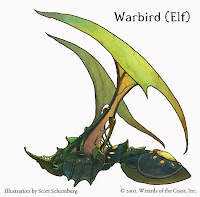 What was simple is that building a world starts with the solar system in this case.  I figured four worlds in the cozy life zone, each opposite of each other.  The approach or hook I'm using is that the surface of the main campaign world: Aerthas; is where the action is taking place.

The Solar System is heliocentric, and flies about a central, G2 type star that is much like our own Sun.  This makes the Solar System Heliocentric.  There are four planets that support life and are on the opposite sides of their respective orbits.  So lets get the planets done and overwith.

Mercury Orbit = (Earth World), a rocky mass that can only be called Hellania.  Moon sized.

Venus Orbit = Asteroid Field (the remains of a planet that blew up anciently).

Earth Orbit = Aerthas, twinned with Arborea.  Both are Terrestial worlds.  Aerthas and Arborea have a circumference of 25,000 Imperial Miles around the Equators.  They are also hollow.

Mars Orbit = Oceania twinned with Archeron.  Also Terrestial Worlds.  Oceania is a world covered with oceans, and Archeron is a world that is suffering from Defiling and Preserving.

Asteroid Belt orbit = Causiana -> a Magma World for the most part.

Saturn Orbit = Chronia.  Chronia is a yellow-brown Dwarf star.  It used to occupy the space above the North Polar region of Aerthas.  Chronia is currently ringed like Saturn (okay, it's a Saturn rip-off.)

Pluto Orbit = (note that Pluto is down graded to a Kupier Object.  Bleh!).  Kieastos, an ice world.

As a result, the Illithids spread across the Universe bent on conquering other worlds, along with the Scalykind.  Hellania and Causiana have no life to speak off.  Hellania is too close to the sun to support life, and Causiana is a world of magma and slag.

Aerthas' Surface was divided up among the other Gods for future colonization.  The Elves got green forests, the Dwarves got the riches of the mountains, the Gnomish gods got the sunlit, Rocky hills, and the Halflings the rolling meadows.  The Creator God of the humans got the lot that allowed humans to dwell where they pleased.  The Orc God was left the Badlands.

Humans came from inside Aerthas, the First Man and his Mates had to travel up through a cavern system to the surface.  The Elves (Eladrin, Grey Elves, High Elves, and Sylvan (Wood) Elves) and Halflings had migrated to Aerthas on Spelljammer Ships from Arborea.  The Orcs and Saurials, with their world's surface being ravaged by Defilers, were forced to flee Archeron in Spelljamming Ships -- bringing with them Warlock and Shaman magic.

The Dwarves and the Gnomes also came in Spelljaming Ships from the world of Oceania.  Thus the races colonized the surface of Aerthas and on Aerthas is where the campaign's action is.
Posted by Elton at Tuesday, August 24, 2010