Creation Myths of the Orcs: the Blood Talons 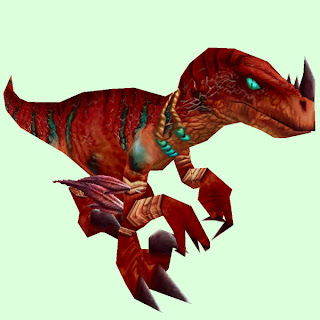 Eagle as a Totem: Eagle is a leader, the King of Birds.  As a symbol of the Zenith, Brother Eagle helps his shamans soar to great heights.  The Eagle also imparts a major part of its essence to his shamans.  Eagle Shamans are very personable and charismatic.  But they also have noble attributes and tend to be just and fair.  Eagle shamans take the form of an Eagle when they achieve the Ghost Wolf ability.

Raptor as a Totem: Sister Raptor is a hunter totem.  Highly intelligent, Raptor is a pack totem.  Rather than being family oriented, the raptor is tactical group oriented.  Raptor shamans are strategists and tactical thinkers.  They tend to out think their opponents, assess situations, and think of a way to gain an advantage.  Raptor shamans take the form of a Deinonychus when they achieve the Ghost Wolf ability. 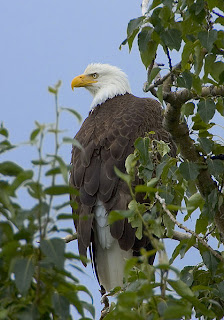 The Creation of True Men
Nwali was the first and the last.  Nwali had created all the animals including the raptor, the behemoth, the leviathan, the three-horned one, the honker, and the devil lizard.  Nwali looked at all of creation and asked the animals to collect clay.

All the animals declined to collect clay except for Eagle and Raptor.  Eagle and Raptor brought Nwali brownish and green clays, which Nwali mixed with his own hands.  Nwali wanted to mix the clay in his own image.  So, he created Man from the clay -- both man and woman.  He breathed life into the clay men and women he made.  Brother Eagle taught Men how to speak, write, and think; while Sister Raptor taught Men how to hunt, cook, and domesticate animals.  One of Eagle and Raptor's best students was a young man Nerva.


Nerva was a great hunter.  He used his gifts from Brother Eagle and Sister Raptor to create animal skins, make pottery, and invent tanning.  Later on, Nerva learned how to farm and taught the people how to make a rough garment out of prey animal skins.  Nwali was pleased with both Brother Eagle and Sister Raptor, and named his people the Gijakkrupu-Hai or people of the Blood Talons.  The Gijakkrupu-Hai accepted Eagle and Raptor as their tribal totems.
Posted by Elton at Sunday, April 04, 2010