Creation Myths of the Orcs: Clan of the Pheonix 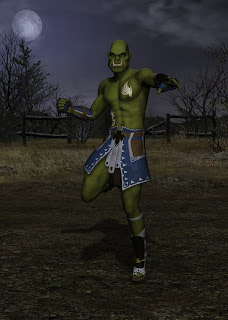 When Nwali had finished creating the world and filled it with all sorts of plants, animals, and birds Nwali started working on an egg.  The egg was magnificent, for it was made of silver.  It pulsed with all truth and life and Nwali had set it down in a specially prepared area.

The animals marveled at the egg.  As it pulsated with life and energy, they were curious as to see what Nwali had brought them.  The animals asked, "What is the egg, oh wise Nwali?"  Nwali, being all wise and all loving had said; "It is my gift to you, the animals."  And the animals truly marveled at the gift.

The egg continued to pulse in the Garden that Nwali had planted the egg.  The trees began to wonder at the egg and were attracted to the egg.  Nwali said to the trees.  "A gift for you, oh trees."  And the trees marveled at Nwali.

Finally, the pheonix bird was the most curious of all of Nwali's birds and it lighted near the Egg.  Phoenix asked Nwali what the egg is about, and Nwali said it was a surprise.  So, Phoenix sat down on the egg, incubating it with his fires.