Creation Myths of the Orcs: The Desert Vipers 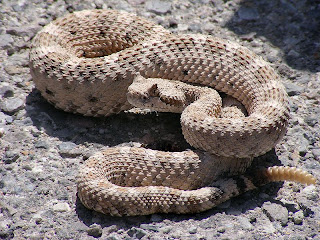 The Creation Myth of the Desert Vipers

The Clan of the Desert Vipers originally was a desert dwelling culture of Orcs.  Although they had minor totems to represent them -- Coyote being one of them -- the clan decided on Snake.  This is simply because not only snakes have qualities of spying but it is also a healer totem.  The Clan of the Desert Vipers named themselves after the sidewinder snakes that lived in the deserts of Outland.  Although there are more than a few Coyote shamans among them.

Snake as a Totem: Snake is a healer and a giver of wisdom.  Although the Clan of Desert Vipers made up the seed of the intelligence network of the Horde; their shamans are usually at the core of healing for the horde and can carry great wisdom.

The Desert Vipers have two myths (one adapted from Native Americans, and another my own creation).  They are Coyote and Nwali, and The Great Dream Snake. 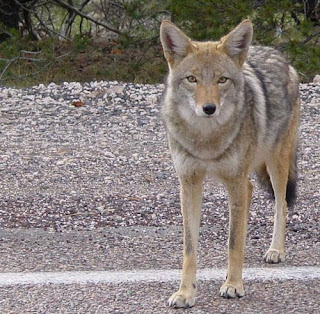 Coyote and Nwali
Once there was no people in the World, and Nwali began the project of bringing people into the world. He began to collect sticks and cut them into little pieces and placed them into his leather bag.  Nwali did this until his bag was full.


Brother Coyote was very curious as to what was in the bag. Nwali told Brother Coyote that his project was very special and not to look in the bag.  However, Coyote's curiosity got the best of him and he opened the bag to see what was Nwali working on.  Many men (meaning Orcs) burst out of the bag. They were wild and would not listen to the pleadings of Brother Coyote.  They were too wild.  The people spoke many different languages and soon spread all over the face of the World.


When Nwali returned, he found Coyote and the opened, empty bag.  Rightfully angry, Nwali chided Brother Coyote for not listening.  Nwali explained that the people weren't ready to be released as Nwali was going to place them evenly around the World.  The trouble you have caused will be the cause of war and famine in the Land.


As punishment for Brother Coyote's ways, Nwali sent him into the world as a coyote.  So, when the Desert Vipers hear the coyote's howl -- it is coyote howling to return home.  Nwali then picked up his bag and discovered that a few people have remained deep inside the bag.  To these people, Nwali set apart and named them the Mal-Hai.  "You will be very brave, since the people in the World are not as complete as you," Nwali told our people.  "I will place you high in the mountains so that you will be close to me."

Veyothas and the Great Dream Snake


Once a great disease swept through the people of the Mal-Hai.  The disease was a plague of black spots that covered the bodies of the people.  Some people went blind, others developed ulcers, some had spots on their tongue, and others had spots in other places on their bodies.  The Mal-Hai were afflicted, so the great Shaman Urgohaz called on Nwali for aid.


"Take a few warriors and shamans to the Great Red River that flows through the desert and there you will find your cure," said Nwali.  So Urgohaz took with him the five healthiest warriors and his own apprentice and went on a spirit journey to be led to the cure of Nwali.


The journey was perilous, and the band was out in the bounteous desert in order to find the Great Red River.   Urgohaz followed the Green River based on intuition, and they drank from the river and found many fish to eat.  However, the Bountiful Region was soon giving way to a desert of desolation.  The heat was getting greater and greater for Urgohaz and the shaman mysteriously died.


After the death of Urgohaz, his apprentice Veyothas took the title of Great Shaman.  However, Veyothas was not as responsive to Nwali and the young shaman led the group to the Great Red River.  Instead of finding wild oxen, which Nwali intended the group found Shurikmai the Great Dream Snake.


Veyothas implored Shurikmai to heal his people the Mal-Hai.  Shurikmai promised to heal the people, but payment had to be made.  Shurikmai demanded a sacrifice, and Veyothas promised it.  The sacrifice was not of blood, but of gender.  Veyothas obeyed, and used a spell to turn three of the warriors from men to beings that were women but had the parts of men.  The Warriors sacrificed their manhood for womanhood and the Great Dream Snake used their manhood to cure the village of the Mal-Hai of the terrible disease.


The little band did return and found the people free of the sickness.  However, Nwali was angry with this village of the Mal-Hai for their perversions -- of the warriors changing who they were and finding and obeying Shurikmai over him, Nwali.  He declared that the village of Mal-Hai will be forever called the Shurikhai -- or "people of the desert viper."  He withdrew his presence from the village and Veyothas was bereft of his Shamanic power.


A generation later, shamanism was had again among the Shurikhai, however the people were forced to leave the greater Mal-Hai nation and forge a nation of their own.  They became truly the people of the Desert Viper, as they relied on the deserts where they lived food and bounty and made war as the serpents do.  When Shamanism came among them, it was both Brother Coyote and Brother Snake that the shamans speak to Nwali through.
Posted by Elton at Friday, April 02, 2010

Good stuff, well written. I like the idea of the Coyote as a totem animal.