Creation Myths of the Orcs: The Silver Fangs 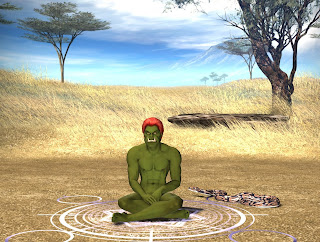 The orcs are a shamanistic society.  They have been since they came to Galatea to flee the Cephalpodic humanoids that conquered their original homeworld of Outland or Archaeron.  Their creation myths are many, as each tribe of the Horde have their own creation myths.  Each tribe subscribes to tribal law, which defaults to family law.  High above the tribes is the Warchief -- a sort of High King of the orc tribes.

Although the orcs revere animals and the animal totems, the orcs do have a chief god, named Nwali.  He figures in all orc creation myths except for the Burning Sword.  The first myth deals with the Silverfangs. 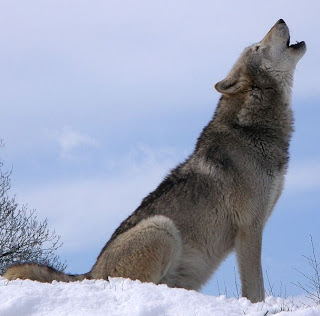 O
Once, there was Nwali, and Nwali was all that there is.  So Nwali spoke and out of his mouth he uttered the Word of Creation.  Out of his mouth came all -- the land, the sea, the air, the plants, the animals.  Now, Brother Wolf was the chief of all of Nwali's creations.  Brother Wolf helped Nwali create all things in the Universe.

When it came time for Nwali to create Men (orcs) Brother Wolf assisted him by hunting and gathering food to make sure Nwali was fed.  However, Nwali did not need to eat, for Nwali is forever.  So, Nwali made men from dirt and sand and breathed life into them.  To reward Brother Wolf for his kindness, he made it so that Brother Wolf would be a companion to both Men and Women to act not only as a servant, but as a Spirit guide and totem to help Men and Women remember Nwali and his statutes and to walk in the ways of Nwali.

NEXT: The Desert Vipers and the Dream Snake.