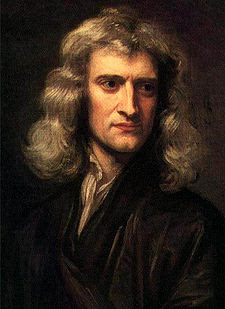 In the second installment on World building for RPGs, we get in Physics and Metaphysics. Now physics and metaphysics when applied to roleplaying games they relate to two different aspects:

Metaphysics is the actual game world. The cultures, nations, theories, continents, and everything is basically imaginative and so mental. This is the metaphysics of your game world.

Physics is the actual game system. The rules you play with. Now, before we work with Metaphysics, we need to address the Physics of your game world. Most people choose a system that they are more familiar with. This is good. But lets take a look at various systems of Physics so you can have a good idea of how your roleplaying game will work.

DUNGEONS AND DRAGONS: 36 years ago, on January 1st, 1974 something was released. It was completely out there, revolutionary, and inspired an entire culture. That thing was Dungeons and Dragons. It appealed to young mythologists, budding novel writers, and imaginists everywhere. This game was a game you can do anything! Now, it's changed so much and in such a great deal that the original audience couldn't identify with it. I'm talking about, of course, Dungeons and Dragons . There is 5 editions of this game.

Okay, I didn't list all the other game systems that can be used for fantasy (Big Eyes, Small Mouth, FUDGE, Fuzion, Castles and Crusades, Tunnels and Trolls, Sword and Chivalry, Pendragon, Elric, etc.); but I said it's not an exhaustive list. There are many, many game systems out there. Use what gives you the most mileage for your fun.

As for Galatea officially I haven't got all the mileage I want out of the d20 System (OGL instead of GSL, I didn't pick up the 4th edition, remember?). Although I'm strongly looking at one of the Retro-Clones, the d20 System has a lot going for it. Typically, the Open Game License. Galatea is, officially, d20 system. However, since it is going to be packaged with a Creative Commons provision -- there will be nothing stopping you from adapting Galatea to your favorite system, writing rules for that adaptation, and publishing it.
Posted by Elton at Monday, January 18, 2010

Looking good so far. Might I suggest Savage Worlds as an option too?

Yes, but I never picked up a copy. Would you care to write up a pitch?