I'm having a problem with Ghost of MacBeth's War Orc.  The injection won't morph his head! GoM's War Orc is probably the closest one can get to the World of Warcraft orc without the obvious troglodyte gait.  Although the green skin is quite obivious I might have to think about casting a werewolf/worgen/jackal lord in the place of the orc shaman. 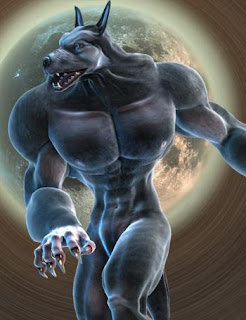 With the father's day Voucher I can probably get the Night Wolf morph set, which is on sale now.  That means an Anubis-like character with superheroic proportions and anatomy (which every Anthroanimal artist has been doing with Anubis these days).  I don't know what is happening.  Michael 4 just won't plain morph into an orc.  GoM is working with me on this. I did everything I could. I even did a fresh install of GoM's War Orc.

This would mean creating a new race for the comic's universe.  Where they come from, how they became Anthro-Wolfmen, and what their culture is and everything.  It also could create potential problems.  The idea is for a wise orc in the name of Greywulf to help guide our hero through his problems with his Dragon Wife, Fyreheart.  Until our hero figures out for what purpose Fyreheart's in his life and learns the lesson, the orc would be his guide.  The role has to change now, since my casting problems are quite big at the moment.  I want to continue with my comic, but casting is holding it up.

Just a thought, but did you try running the M4 Update script after re-installing War Orc?

You should find it here:

Actually, the problem was the program itself. :)