A Pathfinder Update to Elementalism as presented in Occult Lore?

Well, someone would say: "ABOUT BLOODY FREAKING TIME!"

I am currently writing an update that will expand the rules of Elementalism in Atlas Games' Occult Lore and update them to Pathfinder.  After all, I wrote the rules first and no one else will do it or are too scared to do it.

Basically, the premise of Elementalism are arcane spellcasters which are capable of magically manipulating the 4 classical elements.  Fire is ignamancy, air is auramancy, water is aquamancy, and earth is terramancy.  I am expanding on what is written, going into how the four schools have been developed from divination techniques into magical techniques that rival the Wizard's magical powers. 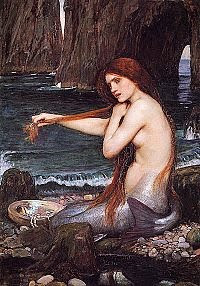 I am also including a few NPCs.  Including an updated, and more powerful, elemental council.  Along with a few npcs of lower level so that people will get an idea of the power elementalists pack.  I'll be including a few new spells -- like firebolt for instance -- to help expand the repertoire of the Elemental grimoire.

The best part about this is . . . I get to add a Creative Commons attribution-Share Alike 3.0 License, so that both 3rd Edition 3rd party companies and 4th Edition 3rd party companies will be able to use the media as they see fit.  Convert the class, translate the document, do whatever you like as long as I am attributed correctly ("authored by Elton Robb" would do nicely).  And of course, I reserve the right for prosecution for fraud.  I'm not releasing this into the public domain, just including a free license so everyone can SHARE in the benefits of buying the media, reading it, and putting it into their favorite games.