The Races of Destiny 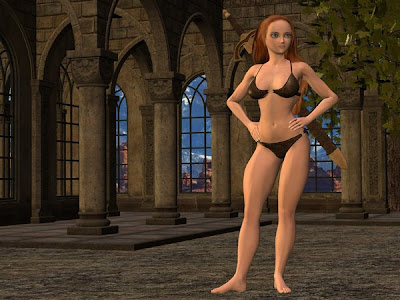 Humans of the Known Lands; and the Races associated with them (Half-orcs, Half-Elves, Shifters, Kalashtar, Elans, and Changelings) are all descended from the Ancients. In fact, most of them look like the Ancients -- Humans are Ancients -- however this particular fact has been lost.

Humans are one of the most prolific races of the Known Lands. But humanity is varied in its style. And there are many sub-races associated with Humanity. Each are listed below:

Humans -- Humans are found literally everywhere except in Elven, Eladrin, and Orckish lands. They have round ears and a shorter lifespan than Eladrin, and generally look better than orcs.

Kalashtar -- A race resulting from a synthesis of humanity and spirits from the Dream World. Psionically empowered.

Shifters -- A race that breeds true, resulting from the pairing of humans and lycanthropes.

Changelings -- A race that breeds true, resulting from the pairing of humans and dopplegangers.

Half-Orcs -- beings resulting from a human and orc pairing.